Though Minecraft has been around for a whopping ten years now, it has still managed to stay relevant, with new players getting involved all of the time. Our best guess as to why it has such staying power is that there are few games out there that allow you as much freedom as this one.

After all, you can pretty much do whatever you like most of the time! It’s not linear in any way, and it doesn’t guide you towards any outcome at any point. However, if you wish to progress through the game in any meaningful way (which is by no means compulsory), you will no doubt end up needing some villagers to work your farm and keep things running for you.

That being said, successfully managing these things can actually add quite a bit of difficulty to the game. All sorts of things can happen; your farm can get ravaged by wild animals, or even other players at times. Worse yet, you can end up getting taken out by marauding mobs pretty easily if you haven’t got your guard up.

All of these events are pretty bad. But for us, what is way worse is when your villagers just seem to randomly disappear for no reason. So, to make sure that this doesn’t happen to you, we decided to put together this little guide on how to keep your villagers as best as possible.

Sure, there will be times that this can’t be avoided, but here’s how to go about making sure it doesn’t happen as often as it could.

Minecraft Villagers Disappeared?.. Here’s How to Keep Villagers in Minecraft

As we mentioned above, there are some rare times when there is just nothing that you can do to stop your villagers disappearing. However, this shouldn’t be happening on a regular basis. To minimize the risk of it happening, here are some tips and tricks to help you out.

1. Make sure that you have enough Walls 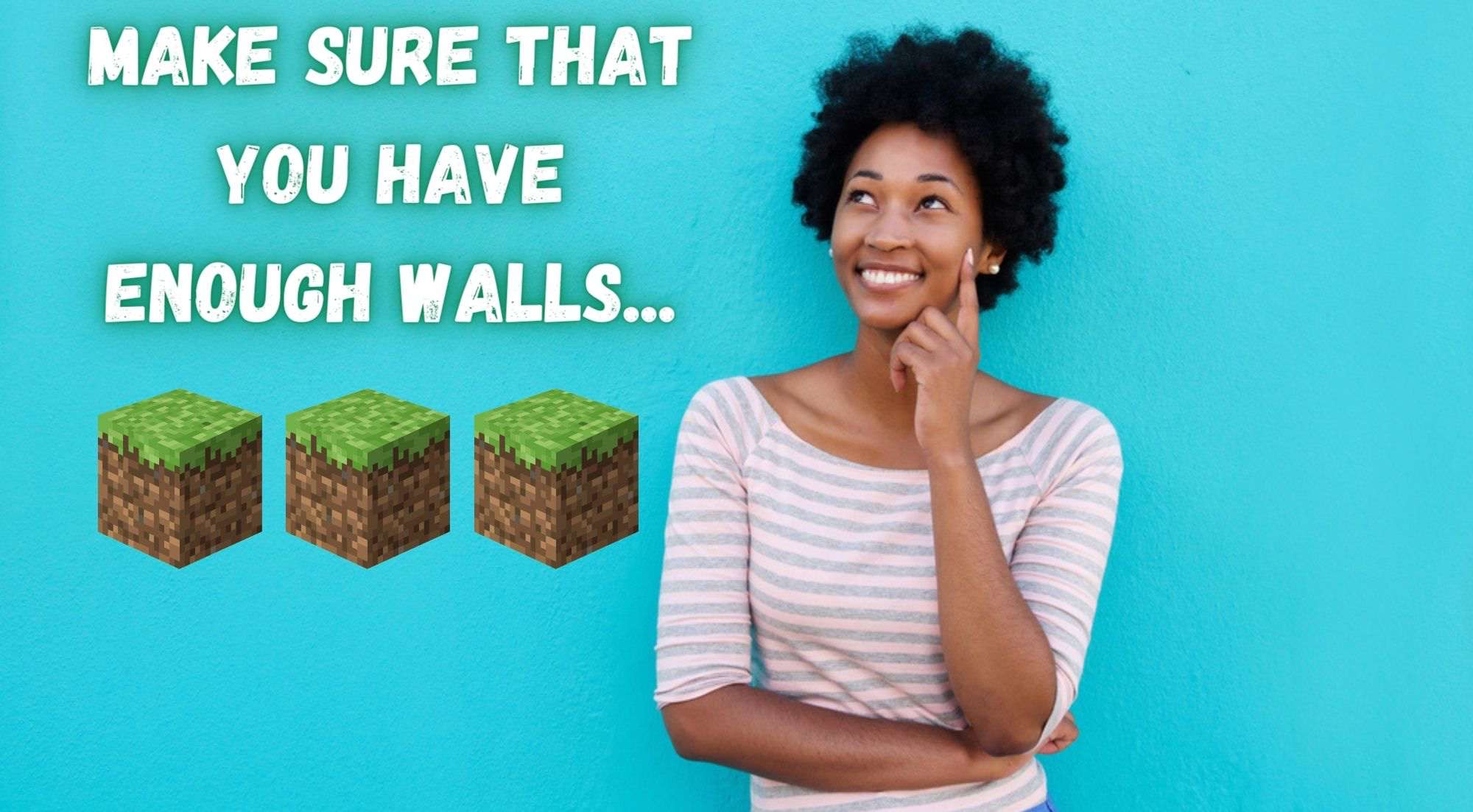 The first thing you should be thinking of when it comes to keeping your villagers is making sure that they can’t just walk off whenever they want to. Naturally, some pretty high walls are going to stop that from happening. On top of that, having a protective ring around the place will slow the devastating wave of destruction dealt by mobs.

So, if you want to stop your villagers moving to other villages nearby, make sure that your walls are high enough that they can’t climb over. Though this won’t totally stop the problem, it will reduce the amount of villagers you are losing at the moment.

In Minecraft, there is nearly always something lurking in the dark right around the corner. More worrying yet, sometimes this threat is right below your village in the form of zombies hanging out in the caves underneath you. In this case, the best defense is a good offence.

So, you will have to venture down there every now and then and get them before they begin to pick off your villagers. If you don’t, your villagers are pretty bad at defending themselves, so are very vulnerable to these kinds of attacks.

3. Trade with your Villagers

Before we get into this tip, it has to be noted that this tip really only applies to earlier versions of the game. In these versions, there is a bit of a weird glitch that will make any villager you haven’t traded with simply disappear. By the time you will have read this, we wouldn’t be surprised at all if the glitch hadn’t been fixed by the developers.

But, for now, the safest thing to do is continue trading with villagers as an extra safety measure. In addition to this, it does help to ensure that you are giving them enough food. Every now and then, just hand over some fruit, a carrot, or some honey. This way, they won’t be tempted to search for food elsewhere.

When your villagers do disappear for a while, it can happen that they will end up getting replaced by a random new villager. Effectively, they will have left their work station empty for so long that this new villager will just steal it.

Weirdly enough, this can happen even if the villager is still alive and well somewhere else within your walls. If this happens and you want to keep your original villager, the trick is to not trade with this new villager. If you do so, the new one will replace the old.

What you need to do instead is make absolutely positive that this imposter is using your original villager’s job block. If they are, you will need to just demolish the job block. Then, don’t replace it until the new villager is unemployed again.

5. Search in really unusual places nearby

Unfortunately, there is no really quick way to do this tip. You may have noticed by now that villagers occasionally do some pretty strange things. For example, it can happen that you will find a group of villagers climbing up steep surfaces and just getting stuck.

Other times, you can even find them dancing in rivers or roaming around freely in the caves. When it comes to villager behavior, the key is to expect them to do strange things at the drop of a hat. So, make sure that you haven’t just looked in the places that “make sense”. These guys are pros at getting themselves into compromising situations.

To wrap up this guide, here’s a tip that you may not have thought would have an effect on the migration of your villagers whatsoever – breeding. We’re not entirely sure why, but villagers tend to disappear more often if they are not being intentionally partnered up for breeding.

It seems that, if you don’t do this every so often, they will simply just walk off and go to other villages nearby. To combat this, make sure to keep an eye out for when your villagers are in mating mode and breed them every now and then. You don’t need to be super vigilant on this one, but it helps to keep it in mind.

It has to be said that, even after all of this, it is entirely possible for villagers to disappear, never to return. Sometimes they return after a few game days, sometimes they simply disappear into the ether.

One can only assume that the developers will have to fix this issue at some point. Until then, the above steps are all that you can do to give you the best chance of tracking them down.

17 thoughts on “6 Ways To Fix Villagers Disappeared In Minecraft”