Minecraft took the gaming world by storm when it was released in late 2011. Compatible with Microsoft Windows, Linux, and OS X, this sandbox game was developed by Mojang Studios. The world in Minecraft is three-dimensional and looks as if it was generated using procedures. The terrain never ends, and players remain engaged by coming across new tools and materials.

Structures can also be built, and the game also features a survival mode. However, we have to talk about the villagers in Minecraft. What do they do? Why are they there in the first place? And most importantly, how do you lure villagers to where you want them? Read on to find out!

How to Lure Villagers in Minecraft?

You read that right! If you want a villager to follow you for whatever purpose, build a boat near them. They will get on, and once that happens, all you have to do is drive the boat to your desired location. You can use pistons to raise the height of a boat as it will not move that freely on rough land. Also, keep in mind that this method is a little slow.

Villagers can also be moved around in Minecarts. Instead of a boat, just use a Minecart, and you will be good to go. Since boats are slower on land, this could be a very feasible option.

While you could get quite creative with this, let us share what we think is another great way of luring villagers to your desired destination. What you would have to do is find a zombie and get chased. Keep running in the direction of your house in the village or wherever you want them, and once they are there, cure them.

If you want to know how to cure a zombie villager and turn him into a normal one, do not fret, as we have a quick guide for you.

Keep in mind that they can be moved further using boats, minecarts, or any other method.

Another way of luring in villagers is to make a long corridor around them. The corridor should be facing the direction of your village. As they start moving, make sure to fill the space behind them so they cannot turn back.

This seems very feasible but can be quite lengthy. That should not matter if you have a goal in mind. To speed things up, you could always add a zombie to the mix. This would make sure the villager gets to the destination quicker!

If you are moving more than one villager, using a boat system could be easier.

If you want to move around a group of villagers, it is easier to do it using a boat. There could be a few ways to do this. Firstly, you could dig canals and move through them using boats. All you require for this are a bunch of canal tools and a bucket to move the water. You can also try setting up fences and then gates. This would trap the villagers and they would then be forced to go where you are trying to lead them.

So far, the boat method has proven to be the easiest. Placing a boat near a potential target is easy. All you have to then do is push them onto it. Then, a rail cart can be placed at the end of a stream of water. You can then jump out of the boat, destroy it, and your villager will then follow the stream and end up in the rail cart. You might also have to build walls around the stream to prevent them from escaping.

This was our guide to luring villagers in Minecraft. While the methods are not streamlined enough, there needs to be a way to lure villagers without having to put in so many efforts. Happy playing! 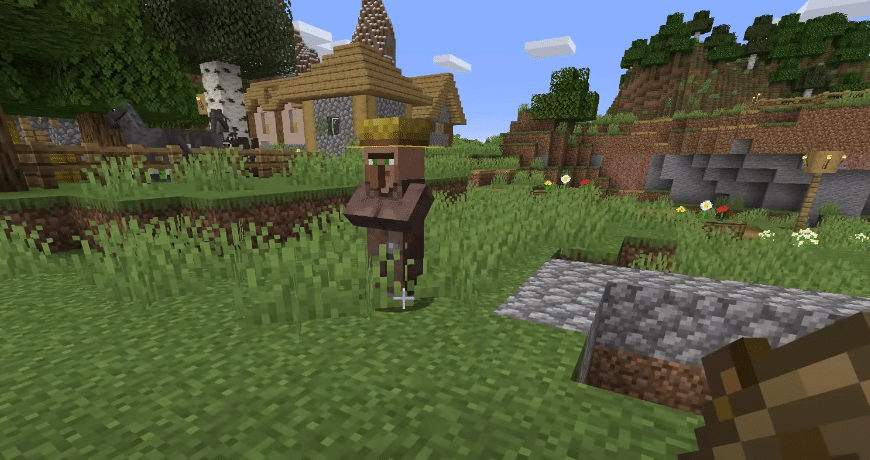