Zombie villagers are one of the many enemies that players get to face on their highly productive journey in Minecraft. They resemble normal villagers but usually have a greener shade and are much more hostile as they will attack you on site. There are also baby zombie villagers which are smaller but faster and more dangerous than the larger ones.

One of the most interesting things about these zombie villagers is that you can capture them and even use them for experiments. There’s also the option to gather all necessary supplies which you can use to cure the zombie villagers. But there’s a small obstacle that prevents players from doing so most of the time.

Do Zombie Villagers Despawn in Minecraft?

If you’re interested in experimenting with zombie villagers or curing them so that they’ll go back to normal and work under you as a profession of your choice, you’ll be disappointed to hear that there is a problem that can stop you from doing so. This problem is the fact that these zombie villagers can despawn due to various different reasons. Even if you go through the trouble of capturing one of these zombie villagers and finally deciding to experiment with them, they’ll eventually despawn.

How to Prevent Zombie Villagers from Despawning

There are a few obvious ways to ensure that your captured zombie villager never despawns. For example, you can try to get everything you need to cure or experiment with the zombie in advance. This way you’ll never have to leave the area and you’ll be able to keep the zombie villager in sight, so they won’t despawn. Another way is to not turn the game off until you’re done with the villager so that it can’t despawn that way.

However, there is one actual solution to this despawning problem that you can try out if you wish to try none of the obvious methods. Keep in mind that this method can be a bit time-consuming or expensive, as you’ll need a name tag for it. Name tags are easily found in creative mode, but they’re difficult to find in other modes. You can find them in the form of rare loot during one of your fishing expeditions.

An easier method would be to use the luck of the sea enhancement which greatly increases your chance of getting a name tag while fishing. Simply apply this name tag to your captured zombie villager and it won’t ever despawn. You can have as much fun as you want with it through this method. 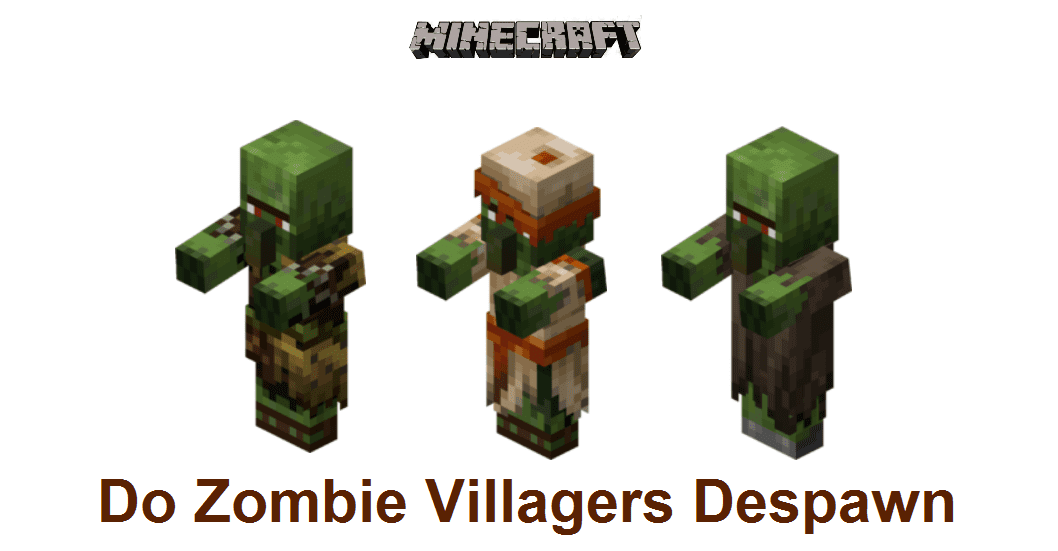