One of the greatest things about Minecraft is that there just seems to be an endless supply of things to do. With new add-ons coming in even now from Mojang, a decade after the initial release of the game, it never gets a chance to truly get old.

And that’s not even mentioning the mods! For those of you who have been playing for a while, you will know that modifications can really change up the gameplay in Minecraft and other games.

Some mods that are available to download will only make subtle little changes, whereas others will dramatically impact the game. Likewise, some of them are really useful and well-designed – others, not so much.

Whether you are altering the appearance or some element of the gameplay, it is relatively easy to get into downloading and using mods with a bit of reading and research. Creating them is a totally different story. It takes a huge amount of time and quite a lot of skill, too.

And that’s precisely why some of them fail catastrophically from time to time. However, if it is the case that all of the mods you are using have ceased working, there must be some other reason for this to occur. Today, we are going to figure out what that is and get them up and running again.

Whether you prefer the creative or the survival elements of Minecraft, there are always a few mods that you can download to add to the experience. Of these, the most popular ones are still the Dungeon Pack, Fastcraft, and Optifine, among others.

These are all designed and rolled out by the pros, so they are reliable and simple to use. For most of these, their role is to just refresh the game a little, adding in new textures and little fun quirks. So, if you have one or more of these and they have stopped working, this means something is up and needs to be looked at.

How Do I Get Minecraft Mods To Work Again?

Recently, there has been a few of you who have taken to the boards and forums to say that your mods aren’t working. It really is quite a common problem. So, don’t worry.

This means there’s plenty of info out there that will help you get to the bottom of it. In the next few steps, we will run you through the main causes of the problem and help you to fix it as we go along.

1. Make sure you have installed the correct version of the mod

This is the most common cause of the problem. If you have recently added the mod, this is an easy trap to fall into. It seems that many out there are using a different version of the launcher while they are installing the mod.

When this happens, the outcome is going to be that the mod won’t be able to work at all. So, to get around this, here is what you need to do.

It is important that the version of the mod you are installing matches up to the version of the game you are playing. So, even if you are relatively sure that they are the same, we would still recommend doing a quick double-check on this.

On some occasions, it will turn out that the mod that you are trying to run won’t support the version of the game you’re using. If it doesn’t, you will need to go back and install the correct one.

2. Make sure that the mod was downloaded from a reliable source 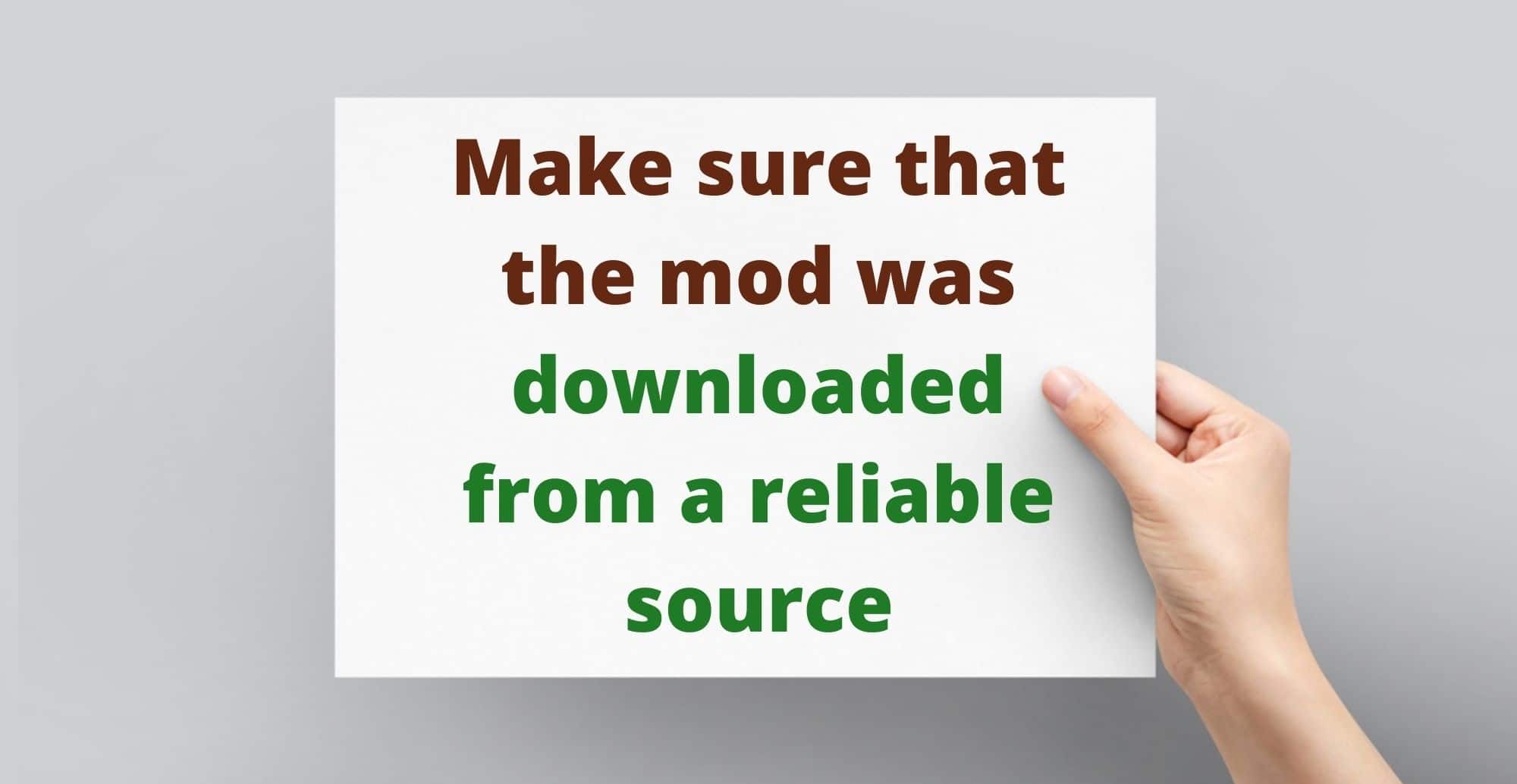 Even if it is too late this time, we would always recommend keeping this in mind for the future. When mods are taken from unreliable and untrustworthy websites, it can happen that you simply end up getting a virus instead of the mod you were looking for.

So, rather than risking it (even if the reward seems worth it), always make sure that you verify whether your sources are reliable or not. As a sidenote, plenty of information on decent sources for mods can be found on the forums.

3. Have the mods been put into the right directory?

If you are looking to make sure your mods are being stored correctly, they should all automatically be going into the .minecraft folder. Perhaps there could be a folder out there with the same name that isn’t the right one.

We would recommend searching out a folder by this name, then making sure that all mod files have been directed there. If not, you will have to search for them separately and drag and drop them in. It is also an option to simply use Forge, which creates the mod folder for you.

4. Make sure to install Forge

If you aren’t in the know, Forge is a totally free API which is used for Minecraft modding purposes. It is impossible to install mod on the game alone without a go-between. There are quite a few players out there who may not have been aware that they need to have Forge installed before they can get their mods to run.

In fact, the complications don’t end there. You also need to make sure that the version of Forge you are using is the same version as the mod you are trying to use. Then again, there isn’t any way around this. So, best to just make sure everything is present and accounted for, as well as compatible with each other.

19 thoughts on “4 Ways To Fix Minecraft Mods Not Working”