With over 10 years of providing versatile sandbox mechanics in gaming, Minecraft has offered players a vast and creative world filled with countless unique biomes, items, and areas to explore and discover. The game has managed to stay fresh despite being played almost a decade after its release by introducing various different game modes to the base game and also offering an extensive range of mods to choose from. And with a game like Minecraft, your emphasis on how you want to play rests solely on you.

The different game modes offer players to carry out the game as they see fit, so you can get into the peaceful building groove in Creative mode or go on an exciting adventure to the ends of the world in Adventure mode or even survive the game as it was meant to be played and work your way to saving the world of Minecraft by slaying the Ender Dragon in the original Survival mode.

The two modes, Adventure, and Survival are common modes played by gamers where the former plays out with a more goal-oriented flow and the latter is the standard Minecraft mode where the player undergoes a true sandbox experience of surviving, building and crafting.

One of the major differences between these two modes is the ability to actually break blocks in-game, which is only possible in Survival. In Adventure mode, blocks can only be broken if particular blocks are labeled as such of if the player has a tool marked for block breaking. This way, players focus on other aspects of the game despite the obvious drawback of obtaining and crafting items. However, this means that building (a key part of the Minecraft experience) is only available to players in Survival mode. Likewise, mining is also not possible in Adventure mode and hinders the player from obtaining useful materials and gaining much-needed experience points.

Adventure mode focuses more on exploration and, despite not having the ability to harvest materials, offers countless methods to collect loot from spawned structures throughout the map. In contrast with survival mode, this offers more of a challenge than just breaking blocks to get what you want.

Although Adventure mode can be switched on during any game, it is mostly in service for adventure maps in particular which are created by players and provide elaborate stories and quest-based gameplay in well-designed maps, ultimately changing how Minecraft is played. From mysteries to RPG stories to exploration maps, there’s something for everyone. Survival mode on the other hand, simply follows the original gameplay of surviving until the player is able to access the Nether realm and take on the Ender Dragon to save the Overworld, the essence of the core game, and a classic even after a decade after the game was released.

Essentially, Survival has more freedom to play with regarding your own pace of gameplay and style but Adventure has more interaction with NPCs and the world to bring you a more real, interactive situation in-game. 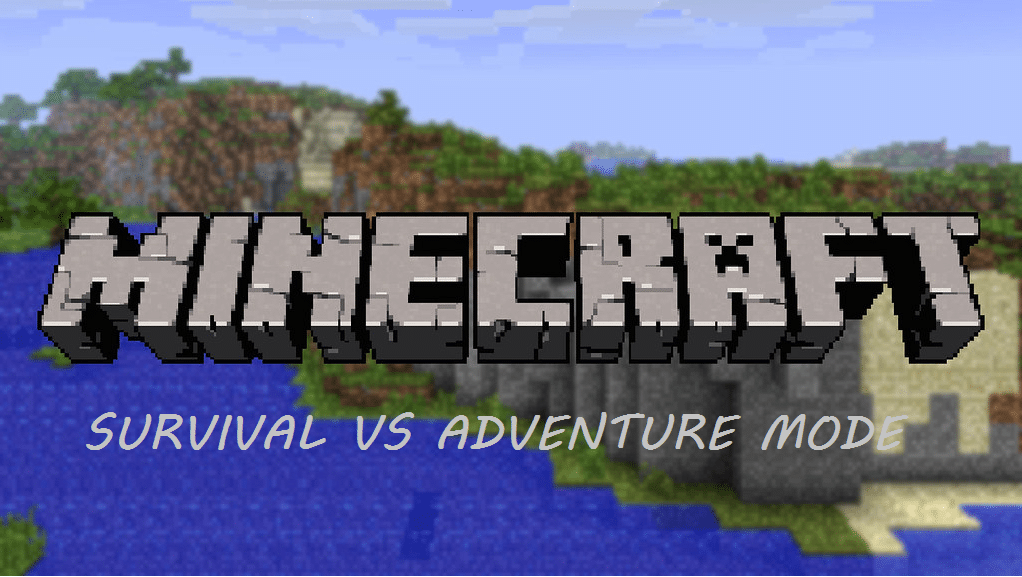