Skyrim has been around for a long, long time now. It’s just such a massive RPG, and with mods coming out all the time, it’s somewhat reassuring that there will always be something to go back to.

There’ll be new quests, items, and areas to discover. So, even if you are breaking into the thousand hours of gameplay bracket, the good news is that it may not be time to wrap it up just yet!

As with any RPG worth its salt, one of the key components of the game’s design is that the story arc will be altered if you decide to undertake missions a different way than you would normally.

So, even though some of you may have put a crazy amount of time into the game, there may yet be loads of eventualities you have yet to discover. Naturally, this has led to quite a lot of players wondering what would happen if they had done something slightly different in earlier missions.

On other occasions, it can just happen that certain quests will be all glitched out beyond recognition. In either case, we’re going to show you how to restart quests in this little guide.

How To Restart A Quest In Skyrim?

The good news is that restarting quests isn’t all that difficult. The best way to go about it is by using the console and then request the quest stage to 0. This way, you can start from scratch on a quest if you have missed something or want to do the quest a little differently.

The command you will need for the console is as follows: “resetquest”. After that, all you will need to do is unput the ID of the mission that you are trying to reset. And that’s pretty much it!

How to open the console

If you have never opened the console before, we may need to go into a little bit more detail to explain how it works. Depending on which input device you have been using, you will generally just need to use the Tilde button (that’s this one: “~”) to open up the console.

Once you’ve done that, you will then be able to use the console freely. You can also scroll through all commands that you have previously put in there using the page up and page down keys on the keyboard.

How to find the quest ID

Unfortunately, you do need to have the exact quest ID of the quest you want to reset. This can be hard enough to find if you don’t know how. Luckily, there isn’t any majorly complex trick to getting this info. All you need to do is use the right command in the console.

So, open up the console again and then input the following directive: “ShowQuestTarget”. This will not only tell you exactly what quest you are on, but it will also give you the stage of the quest you are at.

Once you have the quest ID that you are on, you can then use the reset command that we have given you above. Follow that up with the ID of the quest you wish to reset and that should work perfectly for you every time.

In terms of finding a workaround for a quest that has been glitching out for you, this can make it work again. It’s also a great way of simply replaying quests now that you have a much higher character level and want to see what that’s like. Whatever the motivation, this method should help you out.

What if I just want to go back a few stages in a quest? 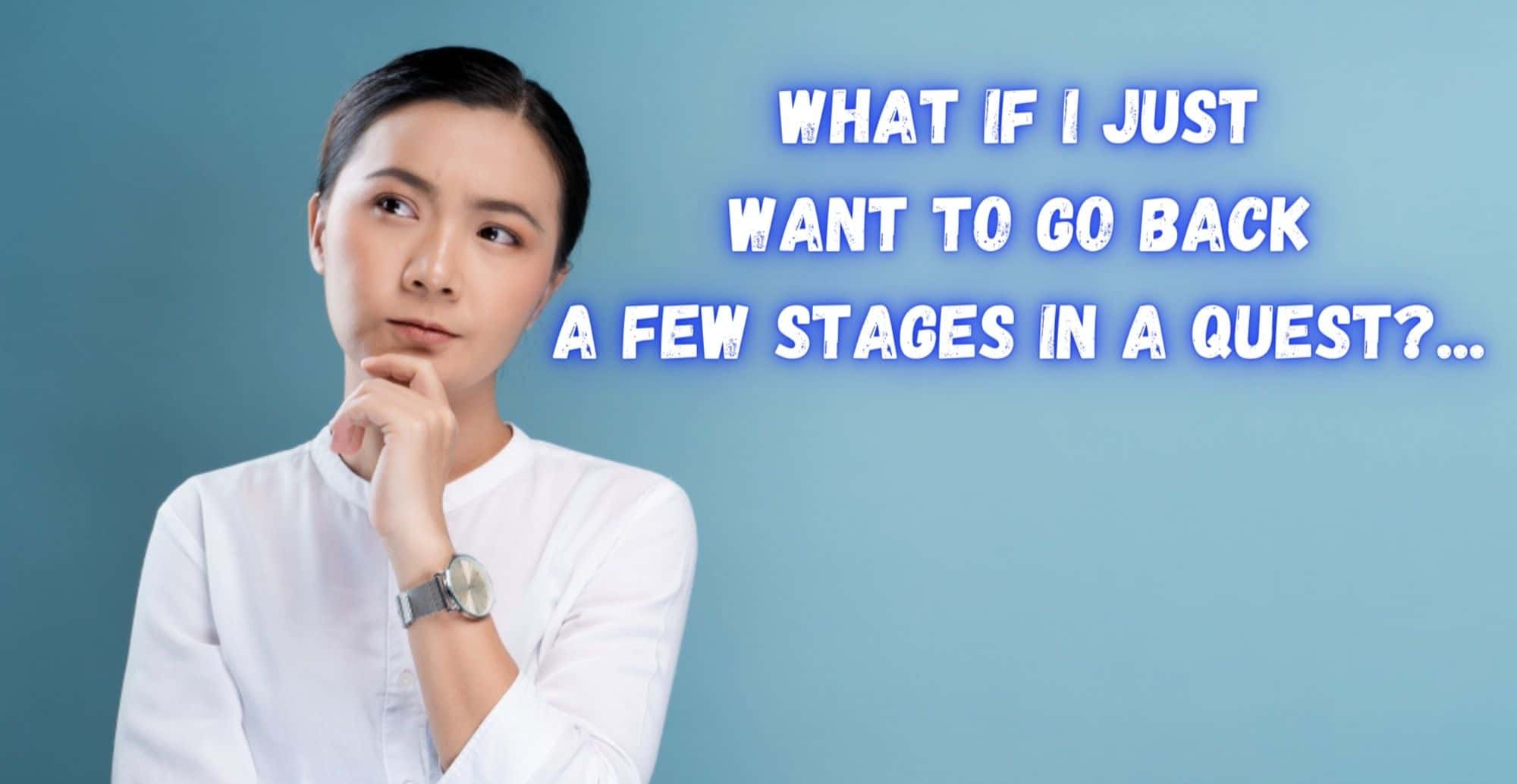 Most of the time, players may not actually want to go right back to the beginning of a quest when they can just go back a step or two. Well, there is also an option for that! Better yet, it isn’t all that difficult! All you need to do is use the console and know the way to get to different stages of a quest.

Of course, there’s a command for that. Begin by using the set stage command. Then, you will need to input the quest ID that you are on and then type in the stage you want to be brought to.

Can I use this method to go forward a stage?

Of course, if you happen to get stuck on a particular point of a quest, you can just skip a stage or two and get around it. If you don’t want to do the quest at all, you can just bring it forward right to the final stage of the quest. Though this can be done, we don’t really recommend it all that much.

It can take quite a bit of fun out of the game if every challenge is simply bypassed. For this reason, we would really only recommend it if a quest is just so bugged out that it won’t work. Aside from that, we’re sure that the game is fun enough to grind through without any hassle.

Plus, if you’re really stuck on something, there is always the option to go on the Steam forums and find a detailed guide for the quest. Of course, there is also plenty of info up there about other console commands, if you want to know more.

Can I Restart Quests in Skyrim if I’m Not Using a PC?

If you are not using a PC to play Skyrim, everything is going to be a little bit tougher. Seeing as you can’t just open up the console feature and type in commands, the only way to restart quests is going back to older saves.

Of course, this will require that you save a little more frequently to avoid situations where you need to go back really far to do so.

Hopefully, this little guide gave you all the info you needed to reset jump between stages in quests. If you are on the lookout for more console commands and guides to get you through some of the harder quests, we would recommend checking out the Steam forums for more advice.

2 thoughts on “How To Restart A Quest In Skyrim? (Answered)”