Druid can fill all three roles in the game by choosing different specs. Meaning it can be a tank, a healer, or a DPS. Druids can use natural energy to annihilate their enemies and also to protect/heal their allies.

Let’s go over a few differences between the Balance and Feral spec to help you decide which one you should choose for your druid.

This spec focuses on ranged DPS in which you shapeshift into a Moonkin and deal damage from a distance. It is a relatively safe pick to go for as most groups prefer to have ranged DPS over melee DPS. It is quite easy to find groups as a balance druid even in the end game content.

Skill-wise it is not that hard to be consistently deal a lot of damage in raids. But their playstyle can seem to bore some players. If you don’t care about that and just want to grind M+ easily then balance druid is the pick. Other players are just looking for an easier route to grind their raids.

Everyone knows that ranged DPS can have a lot of impacts even if the player is not very skilled. As a balance druid, you also provide your group with a lot of stun abilities. These introduce a lot of utility when you’re trying to take down a difficult boss. But in the end, you should always play what you will enjoy. Otherwise, you’ll end up switching the spec later in the game.

It is another Druid spec that focuses on dealing high melee damage in the form of a cat. But the thing is that it can be quite hard to find groups as a Feral druid. Even though this spec has the potential to deal decent damage, very few players are good at it. So, unless you have a pre-made group that you’re planning to raid with we recommend that you don’t go for this spec.

It can be quite hard to consistently deal good damage on this character and you’re more likely to die during M+. This is why other players don’t like to bring Feral druids along in their groups. As you’re more of a liability than an asset. Utility wise you also do not contribute as much as a balance druid.

So, the safe pick to go for is the balance spec where you’ll be easily picked for groups and can raid more frequently. Things will become quite easy as a feral druid if you can find good friends that are willing to raid with you. After that, you can just keep practicing and you’ll start to shine much more than a balance druid. You can find groups using discord and that will take care of the long queue times you’ll be facing as a Feral druid. 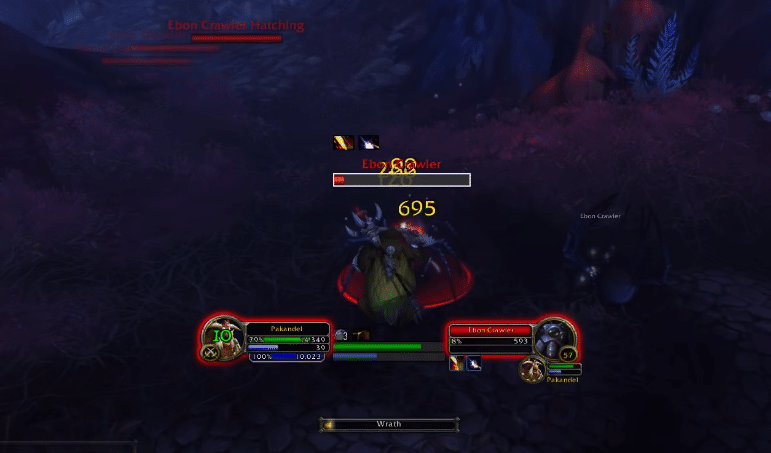