It can take players hours to make their first character in an MMORPG, I mean, of course, there are so many things to look for. Also, as a new beginner, you want everything to work out perfectly on the first try. There are different races and classes to look at. Different stats can affect your gameplay. So, these players make sure to do their research before starting the character creation phase.

If you are confused about whether you want a Worgen Druid or Night Elf Druid, let us help you by pointing out a few differences.

As a Worgen race, you start from Gilneas city, you belong to a cursed race which is why you look so much like a werewolf. The Worgen might be the best choice for you if you’re looking for a character that looks somewhat like a beast.  As far as character design is concerned Worgen is generally liked by the player base.

As most of the time choosing between the races is a cosmetic preference and nothing more. Racial skills are not that important and provide little utility at most. So, you should look at the character design you like the most.

There are a lot of Worgen racial abilities, some of which increase movement and buff your critical chances. These include Running Wild, Flayer, Dark flight, Two Forms, Viciousness, Aberration, and Altered form. Most of these abilities let you switch between your human and Worgen form. This further enhances the shapeshifting aspect as a Worgen Druid as now you have more choices to choose from.

From the lore point of view, Night Elves were the original druids. So, if you are the type of player who likes to follow the lore to enhance your in-game experience then you should go with Night Elf Druids.

One thing you can check is to look up comparison images between the different druid shapeshifting forms for both races. This will make it very easy for you to decide which one you like better. As a night elf, you start your journey from the city named Darnassus. You have purple skin and your origin is a mystery.

There are 5 racial abilities as compared to 7 for the Worgen druid. These include the-wisp spirit, Shadow meld, Quickness, Nature Resistance, and the touch of Elune. All of these abilities can be categorized as average and don’t have any significant impact on your gameplay.

Even though racial skills can introduce some utility to your gameplay but they are not significant enough that players get restricted to playing as only one or two races. This is the reason why choosing between races is a purely cosmetic decision and won’t affect your end-game stats by that much.

So, what you should do is browse through different races and only choose the race you’ll like to play as. This will ensure that you won’t regret your decision later and pay a large sum to change races. 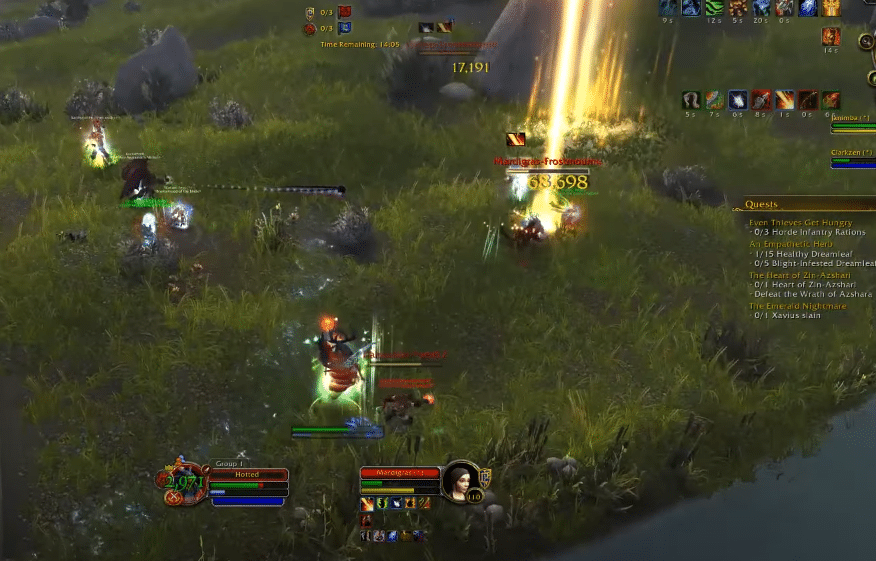