You have to consider different stats that match perfectly with the style of gameplay you’re looking for. In an MMORPG if you want to do stuff on your own then your class should be able to tank damage and heal itself consistently.

Otherwise, you would just have to look for a good party member who you can play with. After the new patch rolled out players are confused as to what class they should play druid or monks.

A few differences are mentioned that can help you make an informed decision.

Druid vs Monk in WoW

Shapeshifting is the biggest plus point when it comes to the druid. Players find it quite handy to use. As far as tanking is concerned druids are relatively weaker in this area. However, as healers and DPS they can be quite decent. Druids can also tank to some extent but the skill rotation can be quite boring so people avoid the hassle and keep to the fun aspects of the game.

Druid has a faster speed of attacks with Feral and the stealth aspect seems appealing to some players. If you have an efficient skill rotation in place then you can perform amazing things on the druid. In a raid environment, a druid can prove to be a phenomenal healer. The druid skillset brings great utility to your group and can provide your party with the sustain and crowd control you are looking for.

Druid can do everything a monk does but you would have to put in a bit of that extra effort. It can be extremely fun to play as a druid if your gear is OP. So, unless you are planning to push to the highest levels like +20 then druid can prove to be an excellent pick.

It is considered the number one tank in the game. Tanking as a monk is not only more effective but also easier as compared to the druid. If you are trying to push above +20 then monk should be your pick. It can also be a good healer and as far as DPS is concerned it gets the job done. Most people prefer tanking as monks because at this point monk is just in a better place as compared to the druid.

Monks can prove harder to play in sense of managing the energy, CD, and chi. As the things stand monks are way better than druids at the highest level of gameplay. But as far as casual play is concerned you won’t be seeing much difference. Both Monk and Druid can be extremely fun to play if you are sticking to 15s or lower. It is easier to complete the end game content as Monk.

The skill rotations are quite flashy and the damage absorption brings great utility to your game. So, what you need to decide is how you want to play the game. If you want to compete at the end content then it is highly recommended you chose Monk but for casual play, any class can get the job done. So just stick to something easier for you to play. 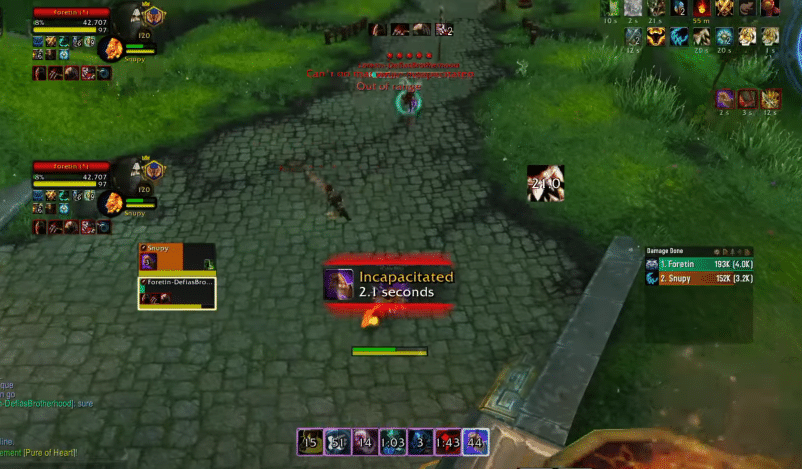