Unlike other MMORPGs, the world of warcraft puts a lot of focus on keeping its lore interesting. With every new expansion pack, we get more character development, and the overall story advances. To fully enjoy the game, you need to be somewhat familiar with the lore. But not many players give the backstory proper attention and skip through to reach the level cap as fast as possible.

In this article, we will be going over some differences between Arthas and Sylvanas to help you better understand their origin and ideologies.

Arthas vs Sylvanas In WoW

At first, Arthas was a prince who would do anything to protect his allies, he was willing to make any sacrifice necessary to make his kingdom prosper. But things did not go so well for him or his kingdom or Lordaeron. He wanted to wipe out the plague that corrupted his kingdom but ended up losing his soul after using the cursed rune blade.

Frostmourne made him one of the evilest characters in the world of warcraft BFA. Even though, Frostmourne gave him tremendous power and the ability to take down his enemies. This weapon made Arthas lose his sanity, he would now go on to destroy the kingdom he cared so deeply for. No one could believe that a proud paladin who swore to protect his kingdom would one day lead the undead to annihilate Lordaeron.

At the end of his destruction path, he went on to merge with the Lich King at the Frozen Throne. Arthur who started as a hopeful human had now become a death knight. All of his humanity was taken away by the curse. The price he paid for all this power was too great and he ended up becoming the very thing he swore to destroy.

The thing players love about her the most is her character design; she is also referred to as the dark lady. She is originally from the horde and leads the army as a war-chief. But unfortunately, when the Lich King Arthas attacked her homeland she was defeated. Instead of killing her, the Lich King decided to trap her soul and make the dark lady his subject.

At this point, she was no match for the Lich King Arthas but once the control weakened a bit Sylvans was able to escape and go back into her original body. She was filled with the desire for revenge and wanted to take down the Lich King. But she couldn’t take on the scourge herself so she started gathering allies to help her win the war.

After the deal with Helya, the dark lady got a lot stronger and was able to take down Bolvar, who is weaker than Arthas but still a formidable enemy. At this point, if Sylvanas fought with Arthas it could go either way. Both of these characters are too overpowered and can fatally injure each other. Most of the player base believed that Arthas would win for sure because of the Frostmourne but after Sylvanas killed Bolvar they’re not so sure. 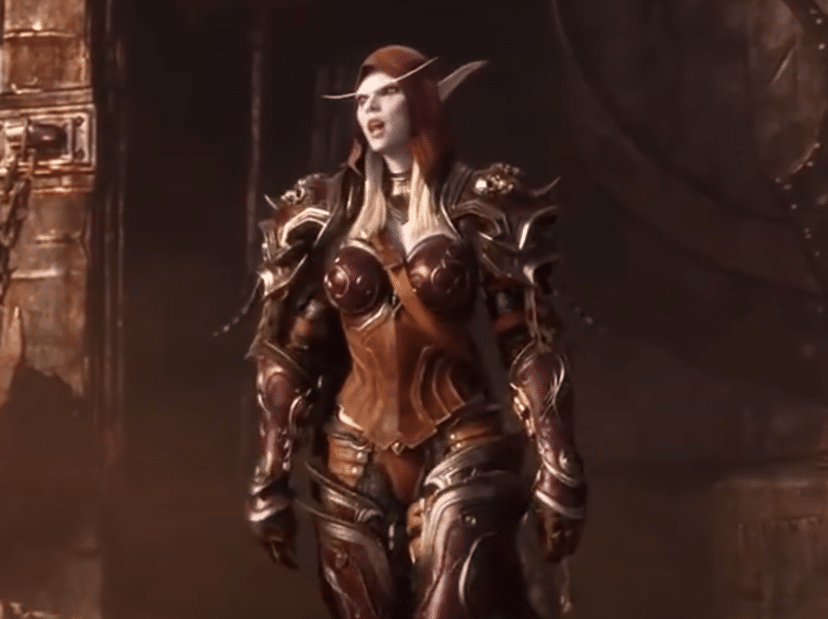