Before a player can start his playthrough on WoW, he is prompted to create his very own character. During character creation and customization, he will get the option of choosing what race and class he would like to play as. Just like many other MMORPGs, the player can choose from a wide variety of options.

Warlock is one of the most played classes in WoW. Even though a class mostly determines the type of playstyle to which the player will adapt, it is also important to mention how the player will also get to choose the race of his character.

Many players seem to get stuck while choosing the race for their Warlock. This is why today; we will be comparing Orc vs Undead race for Warlocks in vanilla WoW. So, let’s take a look at what both the races have to offer:

Orcs are a pretty solid race to use, especially for Warlocks as they have plenty of abilities that come in handy. They are a group of savages that belong to the world of Draenor. Orcs can play as a number of classes, which includes Warlock as well.

Some of their most notable abilities include Blood Fury, Hardiness, and Command. Due to Blood Fury, they are able to increase all of their melees and ranged damage, whereas Hardiness allows decreasing the duration of stun effects (good for Warlocks). Lastly, Command gives them the option of increasing the damage dealt by their pets.

However, one thing to note is that if you decide to use Orc, you will mostly be relying on RNG whenever you are to take benefits from your racial.

Undead is a really popular choice among players for Warlock. They have a number of useful racial traits that make them a pretty convincing option for Warlocks. Namely, they have access to four different racial traits. These include Will of the Forsaken, Shadow Resistance, Cannibalize, and Touch of the Grave.

Due to the Will of the Forsaken, the player is allowed to shake off any kind of charm, fear, or sleep effect. In contrast, Shadow Resistance helps in giving resistance to shadow magic, and Cannibalize gives the ability to be able to heal the player through devouring dead bodies.

On the other hand, Touch of the Grave will be activated at times to drain some of the life from your enemies in order to heal yourself.

Comparing Orc vs Undead Warlock in vanilla servers WoW, the choice should be pretty clear. The final decision is still on you as to which race’s traits do you prefer more over the other.

Orcs will have more traits that rely mostly on RNG, whereas the Undead race has abilities that will help you to even be able to heal yourself. 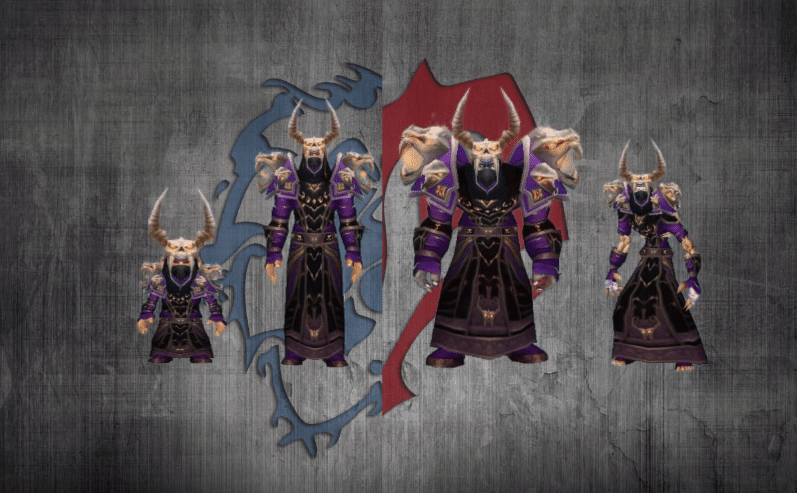