World of Warcraft is a popular MMORPG game that features plenty of playable classes. Each class has its own gameplay, featuring different sets of abilities and weapon types. Due to this, the player has more options on how he would like to approach the game.

Warlock vs Hunter in WoW

Warlock and Hunters are some of the most used classes in WoW. Both of them have their own benefits as well as downsides. They excel in different situations. However, we have seen users making a comparison between Hunter vs Warlock in WoW.

If you are also someone who is wondering the same thing and comparing these classes with each other, then we suggest you keep on reading. Through this article, we will be taking a look at the aspects of both these classes and everything that you need to know about them.

Warlock is a spell-caster class in WoW that mainly focuses on dealing with damage through using different spells. As a result, a Warlock has access to a wide variety of de-buffs and other damage over time spells and effects.

Warlock’s ability to spawn minions is useful in particular. They can be summoned to deal additional damage to the enemies but can also be used tactically to offer both defensive and offensive maneuvers.

Above all, Warlocks also have access to plenty of crowd control abilities and the option to benefit the whole group through utility spells. More importantly, warlocks can convert their health into mana which can then be used for using deadly abilities on the battlefield. Additionally, they can also heal their health through different methods.

Hunter is another class in WoW, mainly focusing on dealing damage through melee abilities. A hunter seems to excel in dealing with both ranged as well as melee damage. Hunters are best known for their abilities to adapt and survive in different deadly situations.

All of Hunter’s abilities rely on both accuracy and being able to track and hunt their targets with complete efficiency. They are not ideal for dealing with damage to a group of enemies. However, their abilities to be able to form bonds with different beasts allow them to be effective even in such situations.

Hunters prefer agility over the defense. The only situation where hunters may not be at an advantage is when they are really close to their foes. Similarly, Hunter is DPS class, which means you can expect to deal some serious damage to your opponents.

Comparing Hunter vs Warlock in WoW, both of them have their own pros and cons which makes it really hard to decide. It depends more on your playstyle and how you like to play the game.

We suggest that you try both the classes at least up to level 10, as it should then give you a better idea of which class you would like to play as. 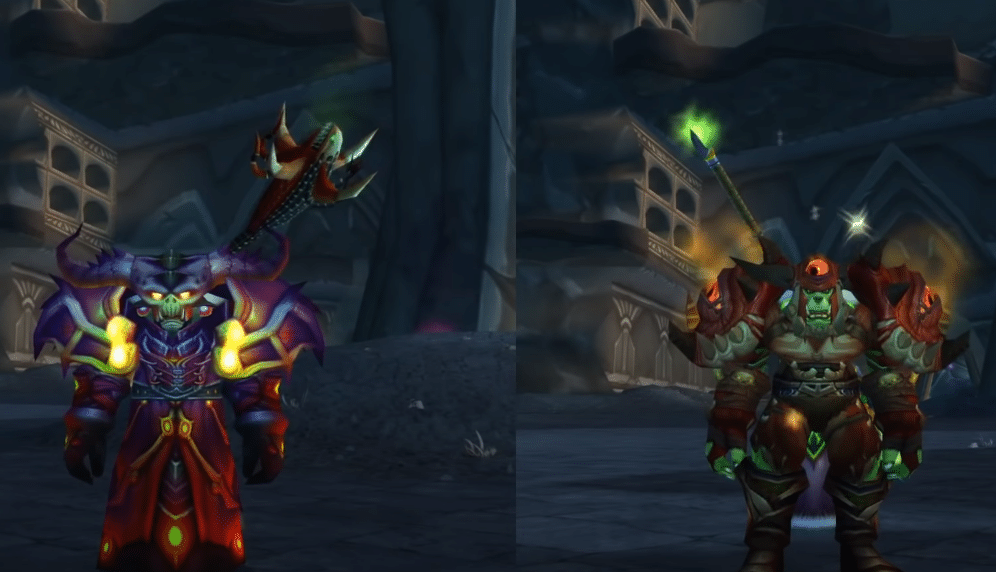