WoW is one of the most popular MMORPG games of all time that features plenty of different activities. Apart from all these activities, the game also features deep lore with different NPCs that are scattered around the whole map of the game.

However, the thing worth noting is how players have been making a comparison between Jaina vs Sylvannas to determine who is the stronger character. While both sides have come up with their own logic, we will personally be taking a look at both the characters. Through this article, we will be mentioning everything that you need to know about them.

Jaina Proudmoore is a Human Mage in WoW, better known as one of the strongest mages to exist in the Azeroth. She has also been referred to as the strongest sorceress who is currently alive. In WoW’s lore, Jaina is actually one of the main protagonists.

Fans know Jaina as not only being one of the strongest mages to ever exist in WoW but also someone who is responsible for taking down Varian, Thrall, as well as Friends and made them stop fighting with each other.

There is no denying that Jaina is definitely a formidable foe to fear. This is also why many players seem to prefer Jaina as she is really strong on the battlefield.

Sylvana Windrunner is another important character in WoW, better known as the Banshee Queen, or the Dark Lady. She is a Forsaken Banshee/Undead elf, who has the abilities of a Ranger, Dark ranger, as well as a Hunter.

On the actual battlefield, she may not be as strong as Jaina Proudmoore, as she has died over three times according to the lore. However, she is still a pretty strong foe. The problem is that if we take a look at Sylvanas’s combat style, she never engages in a “fair” fight.

In fact, she mostly fights her enemies on her own terms where she has the upper hand. In the same way, hunters seem to have an edge over mages in certain aspects. As a result, Sylvanas may prove to be a pretty hard opponent for Jaina.

On the debate of Jaina Proudmoore vs Sylvanas Windrunner in WoW, both of them are pretty strong characters to exist in WoW lore. When comparing their abilities with each other and wondering which one of them would win in a fight, it is something that is really hard to decide.

When it’s up to raw power, Jaina would most definitely win. But Sylvanas seems to have plenty of different tactics that she likes to play on her opponents. Hence, we can’t really know which one of them would win in an actual fight. 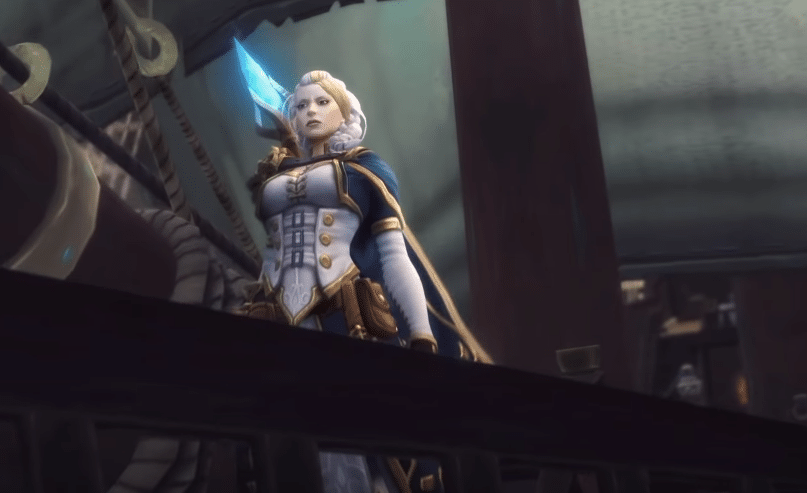