Paladins are warriors of light that use their holy power to help their allies. You can be a healer, a tank, or a DPS on this class depending upon what spec you choose. Being a tank and healer requires more skill as compared to a DPS. So, if you are not aware of the game then we recommend that you choose the DPS spec and learn the different aspects of the game.

Different races can play as a paladin. In this article, we will be going over different aspects of Draenei Paladin and Human Paladin to help you decide which one you’d like better.

The first thing players look at while choosing a race is the character design. Overall, the character design for Draenei is liked by the majority of the player base. They’re are close to the size of humans but have a blue skin color. Moreover, instead of feet, the Draenei have hooves.

By choosing this race you’ll receive 4 racial skills. These include the gift of the Naaru, gem cutting, Shadow Resistance, and Heroic Presence. The racial “Gift of the Naaru” can be very helpful for healing. So, if you were planning on specializing as a healer paladin then you should choose the Draenei race.

However, all the other racial skills are not that useful to have on your character. The male variant of Draenei has a bulked-up character design while the female variant has a sleek design to it. Overall, you should choose what looks best to you as racial abilities don’t give you that much of an advantage unless you’re trying to put your name on the leaderboards.  Draenei Paladin shines the most as a healer but is still viable as DPS or tank.

It is one of the most used races in the world of warcraft, which is mainly because of the character design as it is the most important thing while choosing a race. If you don’t like the way your character looks then either you’ll stop playing the game or end up paying for a race change that can be quite expensive. So, browse through different races and choose the one you like to look at.

As far as racial abilities are concerned Humans have 3 of them. These include Will to Survive, Diplomacy, and the Human Spirit. Diplomacy improves the rate at which you gain reputation and the human spirit increases your secondary stat gains. While the most useful skill out of all the Human racial abilities is the will to survive. It can potentially remove all the stuns affecting you at a given point in the match.

This ability can prove to be quite helpful if you’re planning on specializing as a tank or a DPS. But there is no set rule that if you want to be a good tank then you have to choose the human race. Many Draenei tanks have performed quite well in raids and M+. So, in the end, it all comes down to your skill level and not the race you’re playing as. 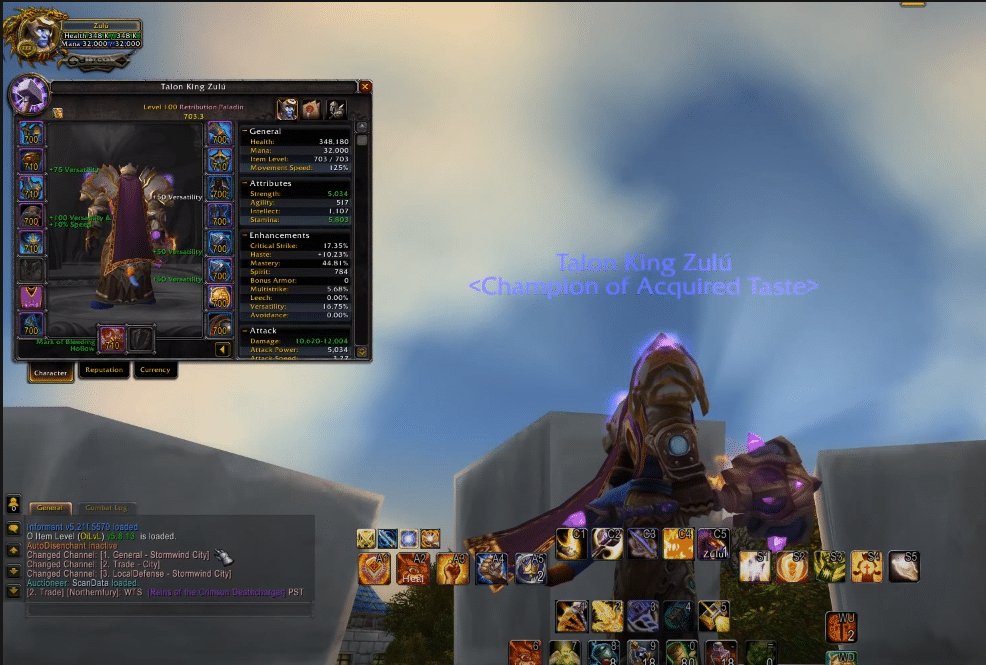