Shaman is one of the few healer and damage type classes that the player can play as in WoW. As they have the ability to both heal as well as do damage to their opponents, they are a popular choice among the community.

Recently, we have seen many users comparing Rockbiter vs Flametongue in vanilla WoW. Both of them require the player to have a Shaman. They are the two most used weapon enchants which is why players are now wondering which one of them is the better choice.

If you are also stuck in a similar situation and are wondering which one of them is the better option for you, then this article should be of great help to you. Through this article, we will be helping you figure out all you need to know about both of these buffs. So, let’s get right into it!

Rockbiter is a weapon buff that is used to increase the melee damage of your main weapon. Every time the player swings his weapon, both his attack power as well as a threat will increase. It is also the very first buff that the player will receive while training a Shaman as it is available in level 1.

The buff lasts around 5 minutes. According to the rank and level of the buff, the player’s attack rating is increased by a factor X. The rank goes up to 7 where the maximum damage output is up to 504. As it is one of the first buffs that a Shaman receives, it mostly works in lower levels.

Also, the buff seems to work better when used with slower weapons. In later levels, the buff does not have much of a use.

Flametongue is one of the main Shaman abilities that can be learned as soon as the player reaches level 10. It acts as a temporary enchantment on a weapon, allowing the player to apply fire damage and increased spell damage on his opponents.

So, not only does the player get to enjoy an increased damage output on spells, but he will also be giving extra fire damage on each and every single one of his hits. This enchantment isn’t all that useful when used in lower levels.

However, as soon as the player gets access to a fast-hitting weapon, the weapon seems to shine at its brightest. Unfortunately, the enchantment is almost useless when tried against fire-resistant enemies.

Comparing Rockbiter vs Flametongue in vanilla WoW, there are certain aspects of both the enchantments that make one better in a particular situation. For instance, you will have a much better time when using Flametongue with fast-hitting weapons, whereas Rockbiter seems to be the better choice in initial levels. 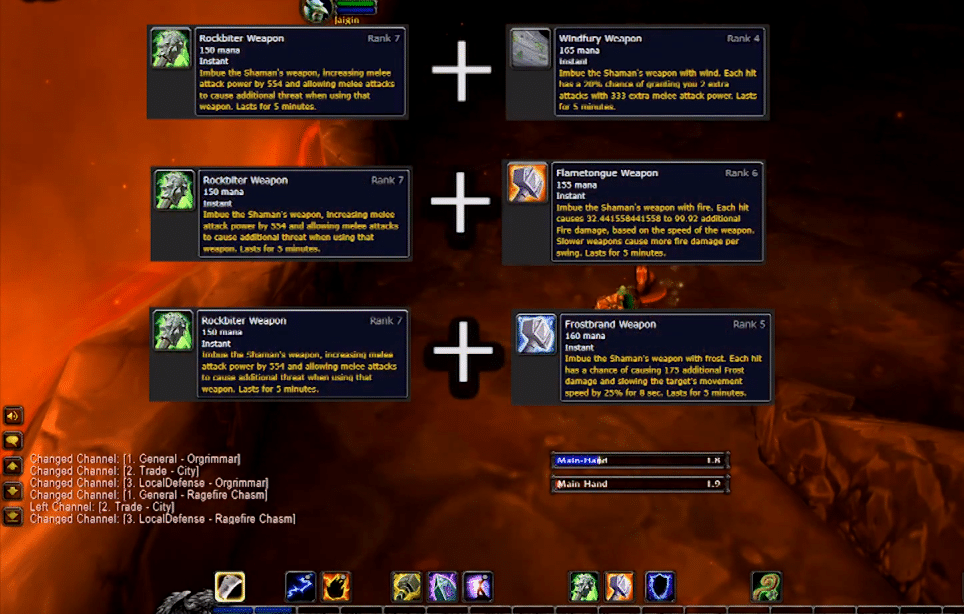