World of Warcraft has a handy feature in the game that allows any user to take a screenshot whenever they like. While there are some screens that are blocked off from being captured as they could contain sensitive info that cannot be saved, the feature generally works all the time and is available to use at just a click of a button.

However, there are some cases where the WoW screenshots are not saving for some players. This can happen for a number of different reasons, and there’s no need to be alarmed about it if you’re also encountering the issue. Given below are all the solutions you could need to get rid of the issue.

How to Fix WoW Screenshots Not Saving?

It is recommended that you check all of the different possible folders where the game could be saving your screenshots. There are many different possible locations, and the current one which has been specified sometimes tends to change after updates that are released for World of Warcraft. Firstly, go into the folder where the screenshots are usually saved for all players and double-check to see if your new capture frames are here or not.

The pathway for this folder is C:\Program Files (x86)\World of Warcraft_retail_\Screenshots. If they aren’t in this previously mentioned location, you could also try out searching in the folder where the .exe file for WoW is stored. They could be in either of these locations, so make sure to double-check them both.

OneDrive is an application available for Windows that allows users to do all sorts of different things with their computers. It also provides the option to save any new screenshots you take inside of the app. This program could be the one causing your issue. Whenever you take a screenshot, OneDrive might be interfering and either saving your captured WoW photos inside of it or not saving them at all.

Check the location …OneDrive/Pictures/Screenshots to see if this is the case or not, and make sure that you’ve completely blocked it from interfering with WoW from now on so that this kind of issue doesn’t reoccur. To do this, you have to opt-out of the feature to save things through OneDrive from inside the application’s setting themselves.

Once you’ve made sure that no other application such as OneDrive is causing a problem with WoW screenshots and that they aren’t already saved in some different folder, it is more than likely that there is a problem with the game files.

That said, you’ll need to make the most out of the Battle.net scan feature by scanning for all WoW related files and ensuring that none of them are corrupted or damaged in any way. Even if there is any kind of problem with them, the application will inform you and likely provide a method of fixing the issue at hand too. 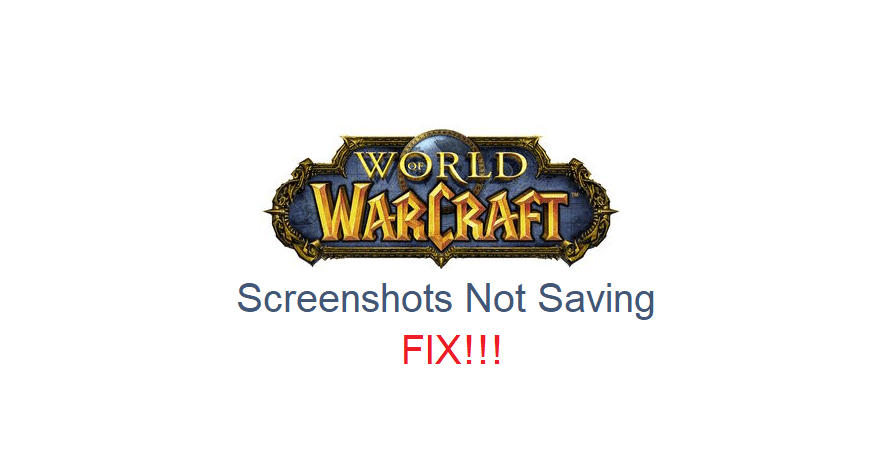