Even if you don’t have a group of players to play with at every moment, WoW still offers you the chance to always have a little companion with you that can help you on your adventures. This little companion is the pet. These pets are the beasts that you tame so that they’ll assist you whenever you need them.

Pets can be called at any given moment with just a quick press of a button. There is one unexpected issue at times though, as sometimes they don’t show up after you call them. Here’s what players should try if they’re unable to use the call pet feature in World of Warcraft.

How to Fix WoW Call Pet Not Working?

There is a quest that makes players call out their pets to complete it, and lots of players don’t have said pets at the time. This may sound like a dilemma that’s too obvious to be true, but it is a common one that could potentially be the reason behind your problem as well. Players try to call the pet but it doesn’t show up, as there isn’t one to show up in the first place.

These players mistake this to be an issue, while it is actually just the fact that they don’t have a pet to begin with which is causing the problem. Make sure that you aren’t going through something similar and actually have a pet that’s tamed so that it can show up when it is called. Once you are certain you have tamed a pet to be by your side when you need it, move on to the below solutions.

Another thing players forget to do is assigning a pet to one of their slots. If a pet isn’t assigned to one of these slots and is just put inside one of the stables, it obviously won’t show up when called. Make sure your pets are assigned to the correct slots and then try to call them again. It should now work.

If this issue is very common and the call pet function won’t work regardless of what you do, it’s recommended you try putting the problematic pet into a stable. After putting it inside of a stable, exit the stable menu and open it once again.

Now retrieve the pet and check to see if the call pet is working, which it should be from now on. It may not sound like it, but this solution tends to work like a charm for a majority of players.

The last option you have left is using game commands to fix the bug. All you have to do is open up the command box through the chat and then typing in ‘’/reload’’ or ‘’/reloadUI’’ before hitting the enter key. Try both of the commands and use the call pet key afterward. The pet should now be showing up 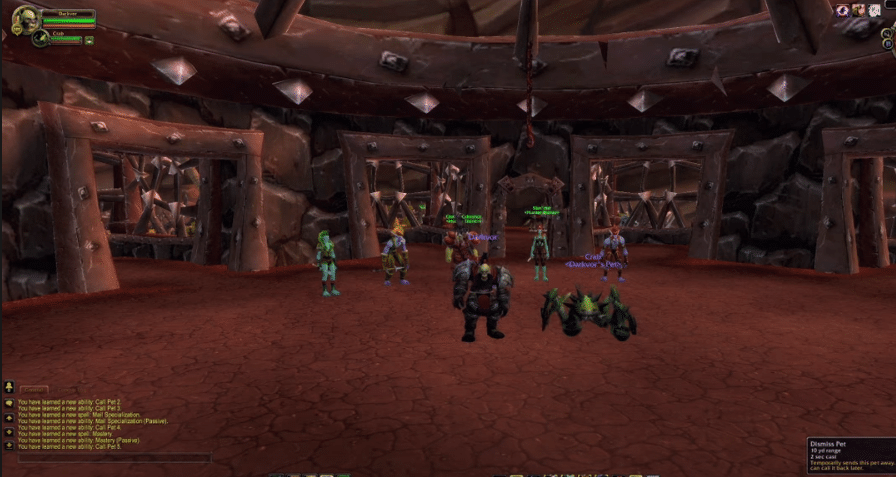