Warrior and Rogue are both incredibly strong classes in the World of Warcraft. Their mechanics are fun and both of these classes have high burst potential. Both of these classes are viable in the end-game content so you don’t have to worry about switching classes later in-game. This is the reason why you see them so often in high-level raids.

Let us go over a few differences between the two classes to help you decide which class better suits your play style.

Warrior vs Rogue in WoW

This class has heavy armor and is good for dealing heavy strikes of melee damage. There are 3 specs to choose from in the warrior class. Arms in which you use a two-handed ax to deal damage, Fury in which you use two axes to deal heavy bursts of damage, and finally Protection which is the tanking spec where you also have a shield to take damage.

Warrior is relatively easier to play for beginners as compared to rogue, the heavy armor also gives warriors more sustain. So, if you want to play as a hybrid of DPS and a tank then you need to go with warrior class. With Fury spec, you can deal an insane burst of damage.

As compared to rogue class warrior excels in battlegrounds, so if you don’t care that much about the PvP aspect then Warrior should be your first option. It is a great class for solo play and the skill rotation is also interesting. It is very easy to find groups as a warrior as you provide so much utility to your team. Overall, it is a very effective and fun-to-play class.

Depending upon your playstyle you can choose either one of them. People who just want to deal more damage and don’t care much about tanking always choose rogue over a warrior. Rogue is a great class to play if you want to win PvP consistently. Rouge suits a stealthier playstyle in which you use quick combos to take down enemies and go back into hiding.

Outlaw spec can perform well in M+ but it might take you some time to find a suitable group. Both warrior and rogue can perform relatively well in the PvE segment of the game. Leveling might prove to be a little harder on rogue as compared to warriors because you can’t take fights head-on as a rogue.

This is the reason why the majority of the player base prefers to play as a warrior because you don’t have to hide in the shadows. You seek more and more enemies to destroy them with a quick burst of your axes. What we will recommend is that you try both classes for yourself before deciding which one you like better. 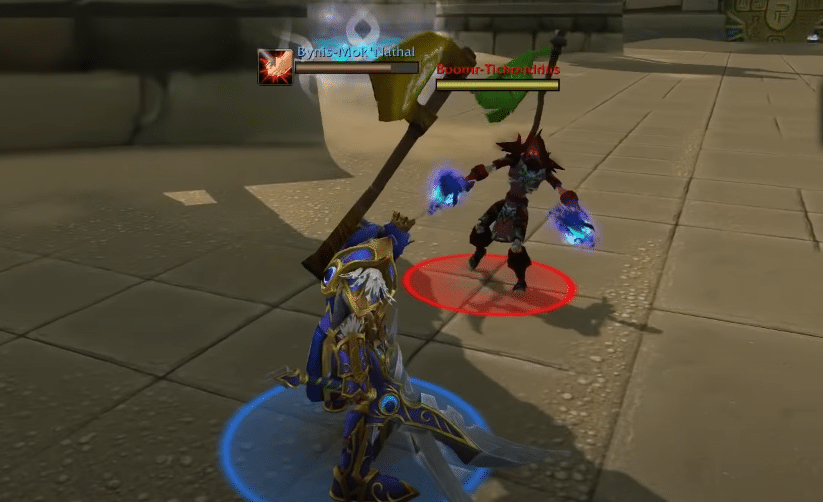