Tides of War is an important quest in WoW. Out of all of the others in the game, this one holds some relative importance as it is crucial for progression in the game beyond a certain point. Players have to complete it sooner or later, otherwise, they can’t continue progressing on their journey with their World of Warcraft character.

While there’s no problem completing the quest as it isn’t awfully difficult, there are problems with getting it started in the first place. That’s because this specific mission in the game is very popularly bugged. This problem with Tides of War was very common some time ago, and it is still common now. Here are the best fixes for the solutions that all players encountering the bug should try.

How to Fix Tides of War Not Working in WoW?

If players are unable to start the Tides of War or if they aren’t able to see it at all in their list of objectives, it is recommended that they try to see if they’ve got any other active quests. Players sometimes unknowingly already have activated missions which can cause dilemmas such as this one you’re currently facing.

That’s why we recommend that you check to see if there are any active quests for your character. Complete them or abandon them all, so that you can continue on with other missions that you’re blocked from accessing. Once this is done the Tides of War quest should also show up, allowing you to get started with it and complete it once and for all.

This bug is usually encountered by all players that are trying to start and/or complete Tides of War after changing their faction, primarily those that specifically changed from horde to alliance. If you’re one of these players and only encountered this problem after a similar change, this solution should likely work for you.

All you have to do is go and complete the Furorion intro quest. You’ll now get a new quest which sends to the Heart Chamber in Silithus. Go to said Heart Chamber and hand in this quest. Now use the hearthstone to get back to Stormwind. Once the game is done loading after you use the hearthstone to get to this location, the Tides of War mission should pop up in your quest log, allowing you to go to its location to accept and complete it.

Another solution that works for a majority of players is to just continue playing the game and leveling up. Once you get to a high enough level, World of Warcraft will eventually force you to go towards the Tides of War quest and complete it.

Once this happens, players will easily be able to accept the mission, as the game itself will guide them towards it. This solution mainly works for players that are trying out the Tides of War for the first time with any character of any faction. 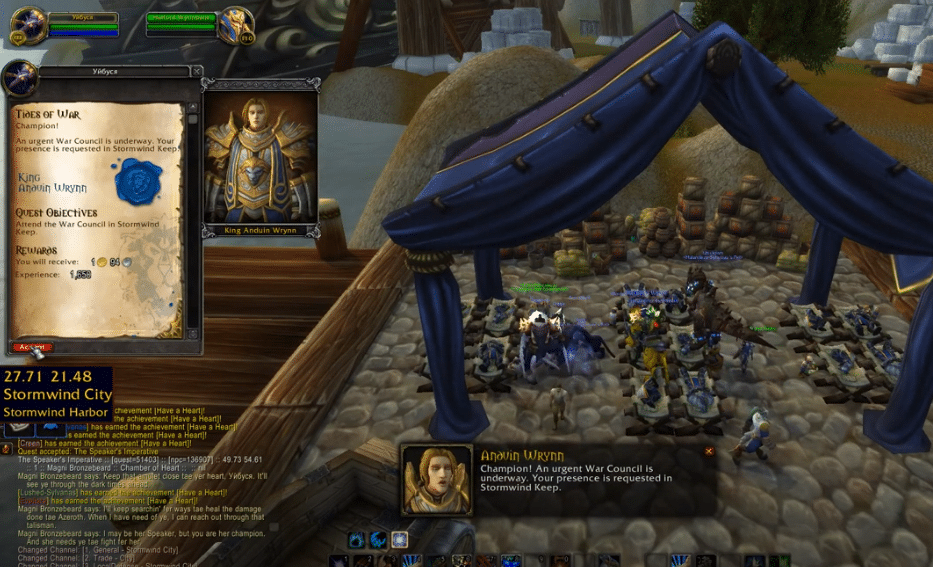