Combat in WoW can be a little tricky. This is especially true if you’re playing PvE raids on the higher difficulties. Enemies tend to surround players and make it as difficult as possible for them to walk away alive from any encounter.

Even single-enemy encounters tend to be very difficult. In fact, these are sometimes the toughest of all due to the unpredictability and strength of the enemy. To help out, there are many add-ons that assist in combat by telling players certain things.

Two of these which are relatively widely-used by many players as compared to most other options are Tell Me When and Weakauras, which we’ve compared below.

Tell Me When vs Weakauras in WoW

Both Tell Me When and Weakauras are essentially the same type of add-ons. They are used to provide players with information regarding different things going around their character, or maybe even inside their character depending on the situation.

To elaborate, both of these are add-ons that are used to notify players about buffs, debuffs, and more of the sort which is necessary information that players should know whenever they’re in an encounter.

They both operate on command and notify players about different things through small messages or audio dings that can play whenever some noteworthy happens.

For example, if you are ever hit with a debuff, Tell Me When and Weakauras will both inform you immediately by displaying the necessary message on your screen. Keep in mind that this may not be fully accurate in every case, as settings can be altered to change this.

Add-ons are something that absolutely have to be customizable and accessible, as there’s no point in using them if they aren’t. The very reason players use them in the first place is to make their experience in World of Warcraft more suited to their preferences.

But when there aren’t any customization features, players can’t accomplish this with the add-on in question because it doesn’t provide the options for personalization that every user asks for.

Tell Me When and Weakauras luckily aren’t like this. TMW actually has a number of great options for users to enable, disable, edit, and do much more to personalize their experience with it the way that they want.

Despite this, it must be said that Weakauras is superior in this regard. That’s because it can even work with other add-ons, allowing you to make it as suitable for use as you could possibly want.

Tell Me When is much less complicated as compared to Weakauras. It has simple access and options that anyone can easily get the hang of and use to their advantage. While Weakauras may have more customizability and a few extra features, it is a bit more difficult to work with as it has quite the learning curve. But with enough use, anyone can get familiar with the add-on after a while. 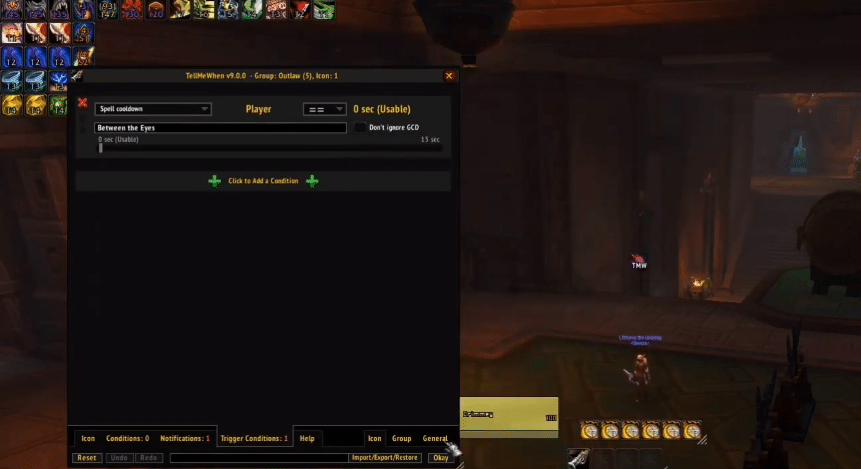