There are all kinds of different traits that a character can have in WoW. Each trait is unique in its own way, as all of them provide a specific kind of boost which helps a lot in different situations. There are trait types that classify their use.

One of the main types of traits found only on Azerite gear is the Azerite traits. The different types of Azerite traits all come in very handy, but there are two in particular that are quite popular.

These are the Heed My Call trait and the Gutripper trait. If you’re not able to decide which one you want to be using, check out the comparison between both which we’ve given below to easily figure out which one works best for you.

Heed My Call Vs Gutripper

The first comparison between both of the two traits is obviously between the effects that they offer. Heed My Call is a trait that is very helpful for all those that mainly like to deal with nature damage.

As for the Gutripper trait, it is one capable of dealing lots of damage to enemies during encounters. All of your damaging abilities directly affected by this trait have a chance to deal ‘’X’’ physical damage to the enemy that you’re attacking.

What’s even better is that the ability tends to strike a lot more often when you’re attacking enemies that have 30% or less of their maximum health, making it a great trait for finishing off powerful foes that have already lost a good chunk of their HP.

Both the Heed My Call and Gutripper traits are meant to deal damage to enemies at certain times. Regardless of this similarity, both of them have completely different uses which make them more appealing for some, while less appealing for others.

That’s because it all comes down to personal preference. For example, if you’re looking to deal a good chunk of damage to either a single enemy or a whole horde of them, especially those that might have you tightly packed, Heed My Call is a great trait that comes in very handy.

As for Gutripper, it is especially helpful in boss fights. Take for example a boss which has a very difficult final phase. During this final phase, regardless of how difficult it is, the boss should probably have less than 30% of its total health.

This allows Gutripper to make that final phase much easier for you by allowing you to do lots of damage. Depending on which of these two uses appeals to you more, you can choose whichever Azerite trait you like more. 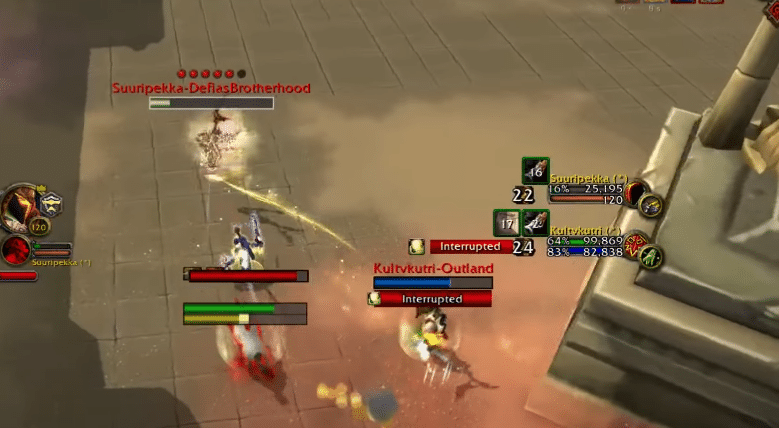