Mage is an incredibly fun class to play, it can deal a lot of damage while also providing utility to other party members. Generally, there are 3 mage specs you can choose from. These include Arcane, Frost, and Fire mage.

In this article, we will go over two of the talents from mage class, namely rune of power and Incanter’s flow. This will help you decide which talent can maximize your DPS depending upon your playstyle.

It is talent in which a rune of power is placed on the ground, this rune increases the damage of your spells by forty percent as long as you’re standing within the marked rune. This spell lasts for about 12 seconds and can boost your DPS quite a bit.

This spell can be quite powerful but it restricts you to stand around the same area to be able to utilize this buff. Sometimes the boss mechanics do not allow you to keep standing around the same area. So, unless you’re skilled in ranged spacing it can be quite hard to fully utilize this buff. This is one of the main reasons why new players choose Incanter’s flow over rune of power.

Overall, Rune of power is a better DPS mechanic. It gives you the ability to burst more effectively and can stack it with other powerful spells to boost your DPS. You’re still allowed to strafe a little as the buff still affects you when you’re standing close to the circle. Generally, for frost mages, the rune of power is not recommended as it does not resonate with their skillset.

It is also a talent for the mage class that gives you a damage buff that can go up to 20 percent increased damage. This buff keeps cycling between 4% to 20% damage buff every 10 seconds. As compared to the rune of power you don’t have to stand in a particular area to receive this buff and are free to move around the battlefield.

Even though Incanter’s flow is easier to use it cannot match the DPS from rune of power. If you’re thinking about competing on the end game content and get high numbers on your damage meter, then you need to go for Rune of Power. The 40% additional DPS gives your character a great burst potential if you use your skills correctly.

So, you’ll have to eventually learn how to get skilled in range spacing to utilize Rune of Power efficiently. Rune of power is the go-to talent for mage classes now. Especially after the new patch, where the radius of the rune of power is increased.

For casual players, Incanter’s flow can be a viable option. It increases your DPS regardless of your spacing skills. All you have to do is manage skill rotation and don’t have to worry too much about where you’re standing on the battlefield. However, in the end-game content, Rune of Power will always out-perform Incanter’s flow. 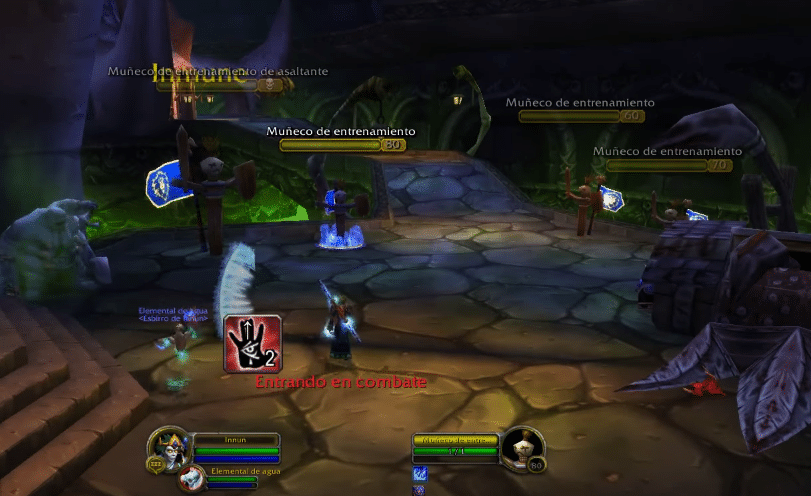