The first thing that players worry about in an MMORPG game is that will their class be viable in the end game content. Most of the time they are just looking for peace of mind to keep grinding out their chosen class. But the thing is if you’re good enough any class can be overpowered.

Of course, as far as the end-game content is concerned things are a little different, but for the majority of the game, you should just choose what seems to be more fun. Let us go over a few differences between Druids and Warlocks to help you deice which will suit your playstyle better.

Druid vs Warlock in WoW

Druid is one of those classes that can take on a little bit of every role. They can be healers, tanks, and DPS. This makes it quite easy to level up as a druid. Furthermore, the shapeshifting ability increases your mobility and can save you a lot of time.

Even though Druids can perform all 3 of the given roles, the only one that people prefer for end game content is restoration. You have to be extremely skilled to be able to outperform other classes at DPS and tanking. In general, a druid’s tanking and DPS can be considered average at best.

There are four specs to choose from as a druid. This includes Balance and Feral for DPS, Guardian for tanking, and restoration for healing. Still, it is one of the most fun classes to play in-game. Most players just love the shapeshifting ability. Druids can still provide a lot of utility to your tanks and healers which is why you see them in M+.

Warlock is a pure DPS class that has 3 specs each having its unique abilities. This includes Affliction, Demonology, and Destruction. Affliction spec is useful for maximizing the potential of your DoT attacks, hitting the enemy with powerful debuffs, and draining its health over time.

For demonology spec the main focus is on summoning minions to deal damage for you, you can even heal these minions with your health and so much more. Lastly, for destruction spec, we have a lot of burst potential coming along with fire spells.

Destruction warlock especially has a lot of potential in wiping the enemy in battlegrounds. You can deal an insane amount of burst damage which makes it quite hard for enemy healers. But some players have mentioned that it can be quite boring to play as a warlock sometimes. This is why they opt for a druid.

You don’t have to be very skilled as a destruction warlock to deal a lot of damage. This makes it a viable pick for beginners who want to see big numbers on their damage meters. But to be sure we recommend that you give both of these classes a try to find out which suits you better. Both of these classes can prove to be viable in the end game content and are extremely fun to play. 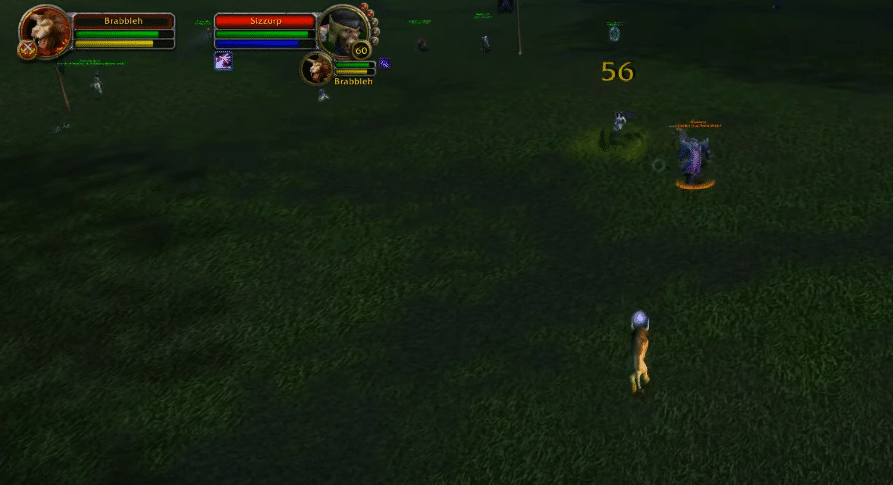