Rukhmar is one of many world bosses which can be found in the huge regions of WoW. According to lore, she is known to be a very powerful being. But, that doesn’t seem to be the case in the game, as she can be dealt with a little too easily.

If you and/or anyone in your group intends to fight Rukhmar but she is not spawning in WoW, there’s no need to worry too much about the issue. This is much more common than one would think it to be. Being such a common problem in the game, users have been able to find a few different solutions for it. The best of these solutions are all listed below.

How to Fix Rukhmar Not Spawning in WoW?

The very first thing that you need to ensure before you go onwards looking for solutions to this problem is that Rukhmar hasn’t already been killed. As she is a world boss, multiple players can fight her at any given time. Once she is killed, Rukhmar will not be available to fight for a few minutes because of her respawn timer. Make sure that this isn’t the reason for your problem right now.

The solution is rather simple. All you have to do is go to the location of Rukhmar and see if there are other players there. If there are and she isn’t spawning, it is likely that Rukhmar has already been killed. There’s not much to worry about though, as she only stays dead for about 15 minutes before respawning. Wait at her spawn location for a few minutes and she’ll spawn eventually.

If you’re not able to get her to spawn by just waiting at the location but are certain that other players are still able to see and fight her, it is recommended that you try relogging. It is more than possible that there is some kind of bug occurring that is causing World of Warcraft to not show Rukhmar on your screen.

An issue like this with the game can be fixed more than easily by just quickly logging out of one’s account and logging back in shortly after. Doing so should only take a few minutes, so try the solution as soon as you get the chance. If this doesn’t work either, then the likely reason for Rukhmar not spawning in WoW is given below.

If lots of time has already passed and Rukhmar won’t appear even after waiting and logging, it could be that there isn’t even a problem, to begin with. She is an awfully easy world boss to deal with. So easy in fact that she usually gets killed by other players before she can even be seen by others in the location.

It is more than possible that you’re also encountering something of the sort, where other players kill Rukhmar as soon as she spawns in order to take the loot for themselves. The solution is simple. All you have to do is time things right and make sure you get Rukhmar before other players can. 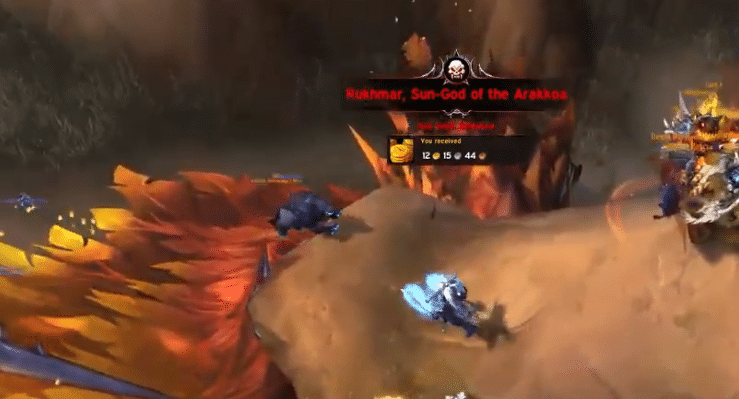