The healer is one of the most demanding roles in the world of warcraft. Most of the time if the healers die during a raid it usually means a complete wipe for the whole party. Overall, it requires quite a bit of skill to play your role correctly.

So, make sure you have a good understanding of the game before you choose to play as a healer. In this article, we will be comparing the differences between restoration shaman and restoration druid to find out which class is more viable.

The best thing is that a resto shaman is also viable in the end-game content so you don’t have to worry about switches classes later. They provide huge utility to your party members. Even if you’re not that skilled of healer, you can do a pretty good job in keeping everyone alive. This is why other players prefer to take resto shaman on raids. This reduces the queue times significantly and you can grind more efficiently.

However, players do find it to be boring sometimes as the rotations are easy to follow and it does not require much skill to heal your party consistently. So, if you want the game to be more challenging then resto shaman might not be the best option for you.

It is the healer spec of the druid class that uses natural energy to heal its allies. As compared to resto shaman it is not beginner-friendly. You have to manage your cooldowns much more efficiently because you have to cycle through so many different skills to keep your team alive. It is a very fun class to play.

The main thing is that resto druids can be viable in every meta but most players don’t know how to play well using this class. This is why resto druids experience long queue times which can prove to be quite annoying. But if you already have a group and can keep up the heals consistently then you shouldn’t have any issue in choosing Druid over Shaman for healing.

Resto Druids have to follow a more proactive playstyle to keep the party members alive, which can be quite hard to do. You have to make sure that you’re familiar with all of the special attacks and debuffs you have to heal your party through. Otherwise, you won’t be able to match the damage the raid boss is dealing.

What we recommend is that you give both of these classes a try before choosing which one you like more. That way you won’t second guess your decision as you would have tried both of the alternatives. 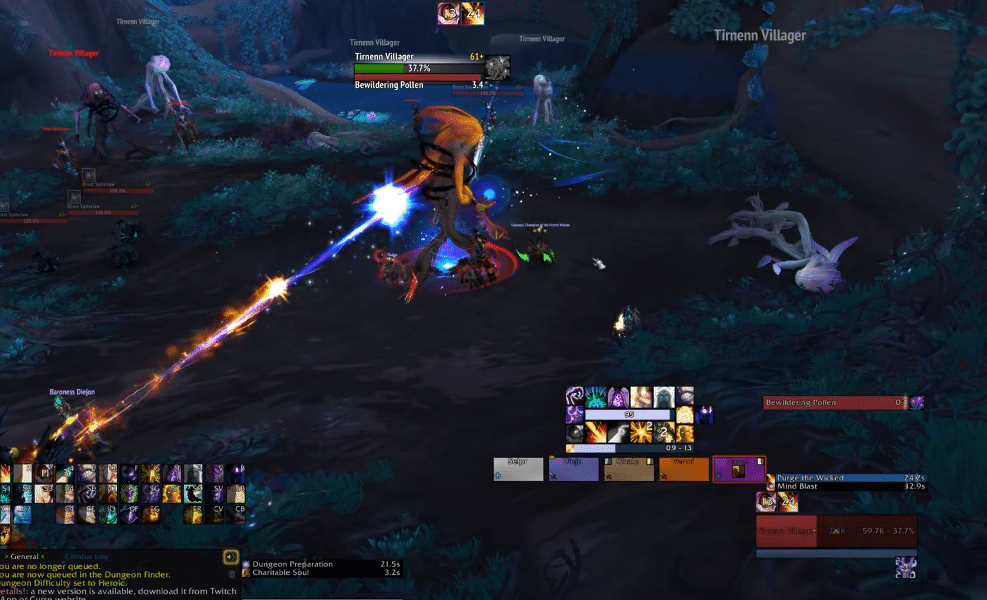