There are different variants of the Razer Naga mouse that you can choose from. The price range also changes accordingly. You’ll also be getting a few additional features depending upon which model you’re buying. The basic functions and design are quite similar but users have mentioned a lot of differences in the general feel of the Razer mouse. The prices are still higher than most gamers would like to pay for an MMO mouse.

Let us cover a few differences between the two Razer Naga variants. Namely, Razer Naga and Razer Naga Chroma. So, if you were thinking about buying Razer Naga then this article might just help you make a better decision.

After the Deathadder, the Razer Naga is the next most famous gaming mouse that was launched by Razer. The overall design for these mice is bulky with a ton of programmable buttons. In most of the variants, you can just take out the side panel and replace it with 2 other panels that come with the box. That way you can customize your mouse to fit your gaming style. On the Razer Naga, you have the 12 buttons on the side that you can program using the Razer tool.

The LED light on the original Razer Naga was uniform blue which was then changed to green on the 2014 model. It is a standard wired mouse that has a surface that is a bit soft to touch. However, that too was switched to a plastic top on the newer version of Razer Naga. It has a laser sensor that increases your precision in-game, the sensor works just fine with white surfaces but you might have some issues while using it on glass.

The primary difference between the Naga and Naga Chroma is that the Naga Chroma has RGB LEDs while the original Naga has green LED lights. Moreover, there is a lot of difference when it comes to the design of the mouse. The standard Naga has a bulkier build and with the weight being around 135 grams. The grips are quite sturdy but there is no support for the thumb. It is also likely that you’ll be accidentally pressing the side buttons.

Some customers were disappointed about how the scroll wheel performed, the middle click did not register sometimes and the feedback was not enough from the scroll wheel in general. The lilt click worked properly and didn’t cause any issues.

The main differentiator between the standard Naga model and Chroma model is the RGB feature. On the standard model, you’ll only have a flush green throughout the mouse. While there are millions of color combinations that you can try on the Razer Naga Chroma. This mouse is compatible with the chroma application that can enhance your gameplay and make it more immersive. You can download the different Chroma applications that will work with the color combinations.

As far as the general build is concerned, both mice are almost the same. There are the 12 buttons on the side of the Chroma variant as well and you can program them easily. Another feature that sets apart the Chroma variant is the DPI. This mouse has 16000 DPI, you can use Synapse to manage this through device configurations.

This chroma variant also has 50 G acceleration and it will provide you with improved accuracy in games. Your hand rests easily on the mouse surface if you’re using a palm grip. However, users with claw grip have mentioned that this mouse is not comfortable to use and can feel a bit heavy. This mouse is intended to provide maximum comfort and should be used by players that like to play MMOs. It won’t suit you well if you’re looking to play competitive shooter games.

Overall, both of these mice are similar and don’t have many differences while looking at the basic functions. You’ll still get all the programmable buttons with both mice along with the precision and comfort. If you have a bigger budget then you should buy the chroma variant as it looks better and you can have a few additional features when compared with the standard Razer Naga. 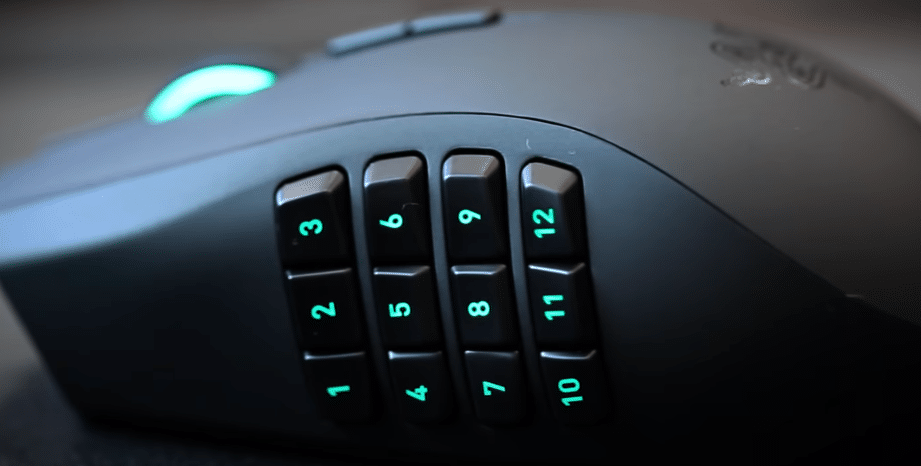