Symmetra is a damage hero from the popular online multiplayer first-person shooter Overwatch, made by Blizzard Entertainment. She is one of the 16 damage heroes available for selection in Overwatch. Symmetra is a character that can cause a major fight regarding opinions among the Overwatch player base.

For some, she is a cheap pick for the people that are bad at the game and can’t aim at all, while for others she is the best defensive pick in the game, with there hardly being an in between the two opinions.

Symmetra can be the worst player on your team or the greatest thing that can happen to you when playing the game depending on the skill of the player who’s hands she is in. In the right hands, she is formidable and can be very useful in defense, with her teleporter making travel from the spawn to the objective much shorter and less time consuming, giving you and all of your teammates the advantage in tight situations or Overtime.

Her turrets are also difficult to destroy especially for close-ranged characters like Reinhardt when placed in the right position. Her ultimate also gives you a huge advantage in a team fight as it completely splits the map in half providing your team with an indestructible barrier for a few vital seconds.

However, Symmetra was not always this powerful, even when in the right hands. During the first few months after the game’s release when balancing issues were quite expectedly at an all-time high, Symmetra was almost useless.

She did little to no damage and her turrets took forever to cool down and become deployable. Her ultimate was just her teleporter which was much too weak and easily destroyable for it to be any character’s ultimate. She was useless and hardly ever picked, but then came along the Rework that would change the game completely.

If you do not know what a character rework is, it is basically changing the character into something completely new and replacing their abilities with more suitable ones or just altering the old abilities themselves to be more suitable. Reworks are not always positive for the people that play the character.

Not only do they completely change the way the character is played they can also be downgrades rather than an improvement, as all Mercy mains can vouch for. Symmetra wasn’t the first character to be given a rework with Mercy being the first to be reworked, making her much weaker compared to her former glorious self.

Symmetra’s rework completely changed her, making her teleporter one of her abilities rather than a hard-earned ultimate. She was instead given a new ultimate, the Photon Barrier which cast a huge endless barrier, which separated the map completely and provided Symmetra and her allies with an unbreakable shield for a very important few seconds, giving her team a huge advantage in a team fight.

Her primary fire was also completely changed, in the past Symmetra threw plate-like light particles that did not deal with a lot of damage, now she simply releases an energy beamline which is quite similar to Zarya’s. Her turrets were also improved to make them more useful and take less time to redeploy once destroyed. Although her teleporter’s range was decreased it is now forever lasting unless destroyed and has a fairly small cool downtime.

All these changes have made Symmetra fit into more team compositions and maps and have made her much more playable than before according to some and too strong according to others. 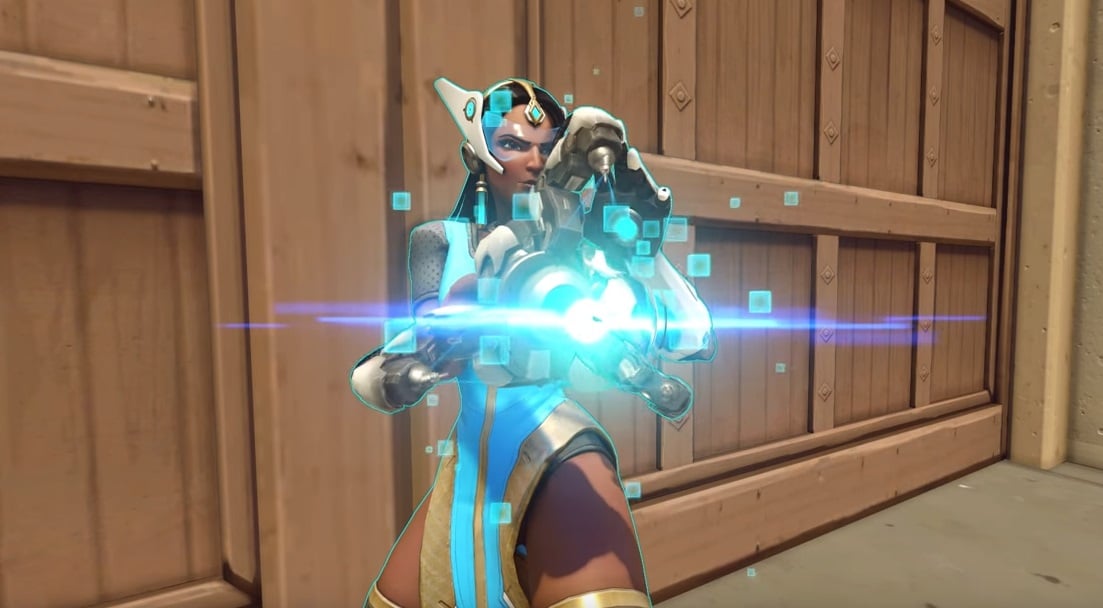