Minecraft is one of the most popular sandbox games that mainly relies on building and crafting. It presents the players with multiple options for doing such activities. In fact, crafting and building are considered one of the core activities in the game as the whole game basically relies on that concept.

Recently, we have seen plenty of users make a comparison between Anvil vs Grindstone. Both have their own particular use but are mostly used for almost the same purpose. This is why most beginners often wonder which one of these should they use on their equipment and what benefits will they be getting from them.

Through this article, we will be taking a look at the aspects of both options. We will also be helping you figure out the exact use of both of them. So, let’s take a look!

What is Grindstone Used For?

In Minecraft, Grindstone is a weaponsmith job block that can be used in order to repair a player’s tools or items. It may also be used to remove enchantments from a weapon. It is useful in particular when a player wants to remove an enchantment from a weapon.

If the player has two items of the same category, he can put them in a Grindstone in order to increase the primary item’s durability. During this process, it is important to keep in mind that you will lose any enchantment that you may have applied to your weapons. Luckily, it also helps in returning all the experience that you have used on the number of enchants which were applied on the item.

Lastly, it is much easier to craft a Grindstone as you will only be requiring 2 sticks, a stone slab, and 2 wooden planks for crafting.

What is Anvil Used For?

An Anvil has a more advanced use when compared with Grindstone. It’s a block of the same type that the player gets access to later on in the game. Its main use is mostly the same as Grindstone, which is to repair the item or weapon that you place inside it.

The only problem with using an Anvil is that it will cost the player some experience whenever used, whereas using a Grindstone is completely free.

Comparing Grindstone vs Anvil, there are plenty of things that differentiate one from the other. We have mentioned all of them in the article above. All you need to do is to give it a thorough read. 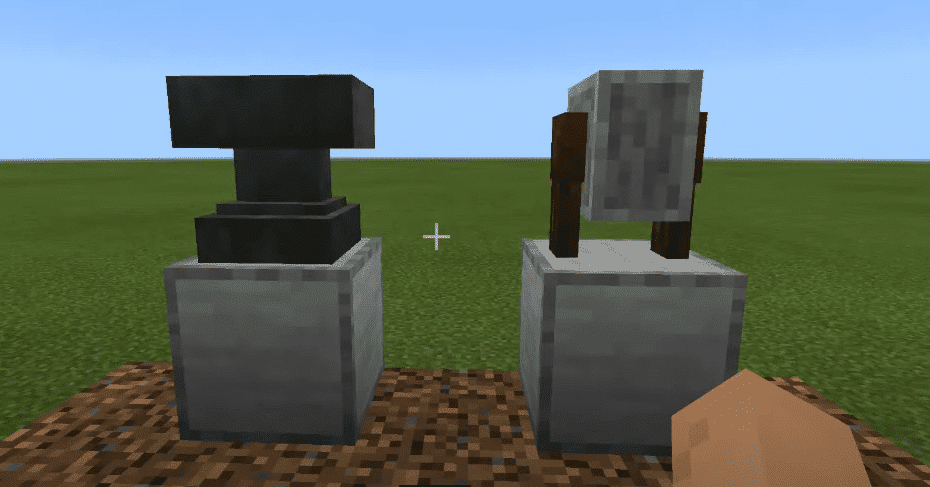