There are quite a few weapons available to a player’s arsenal to fight against enemies in Minecraft. One of these weapons is bow. The main use of the bow is to fight against these enemies at a range. However, if a player really wants to progress further in the game, the enemies get far too deadly. This is why a player might need to enchant his weapons.

With so many enchantments available to use in the game, and each having a completely different use, players may get stuck on choosing which one’s are the best for their bow.

As the name of the enchantment suggests, Flame is used to give players the ability to set their targets on fire upon impact or hit. This is especially useful when you are playing against other players in an online server. It makes it very hard to retreat and escape when fighting against someone using a flame enchantment on his bow.

The fire damage will limit the enemy’s capabilities, including being able to sprint properly. They will also be receiving ticks of fire damage s they burn away. Usually, fire damage deals around half heart per second. If you want to use your bow more as a supportive role, then Flame may be one of the best enchantments that you can apply to your bow. But most of all, it’s fun to use!

Unbreaking is used to make your weapon a lot more durable. If you are a frequent bow user, then you may find yourself damaging and breaking bows frequently. Repairing a bow is always a hassle, and might eat up your resources. This is why this is an important enchantment that you can use with your bow.

There are exactly 3 levels of unbreaking enchantment that can be applied to a bow. Unbreaking 3 will allow you to shoot thousands of arrows before it will finally break!

A fully charged shot from a power level 5 bow will deal more than 23 heart damage, whereas an ordinary bow only does 9 hearts of damage. It is important to note that only 4 levels of power can be obtained through ordinary means. A level 5 power enchantment will require you to get an anvil and combine two bows with level 4 enchantment.

Infinity is an enchantment that goes incredibly well with the powerful enchantment. Using both of these simultaneously will make you an absolute killing machine with a bow. Basically, what Infinity enchantment does is increase your arrow count to infinity!

This means when you have the infinity enchantment applied, you will only require a single arrow in your inventory. Quite tempting, isn’t it? However, there’s a catch. Surely you can use an infinite number of arrows. However, your bow will still be vulnerable to breaking. Unfortunately, the bow won’t be repairing itself.

This is probably the fan-favorite enchantment when it comes to using them on bows. How? Well, the bow really does not increase your damage or anything else during combat. What it will do is automatically repair your bow every single time you kill an enemy.

This means that you will never need to repair your bow again! Now, we know what you are thinking. Use both mending and infinity to get literally an infinite supply of arrows and bow. Quite frankly, this isn’t possible. Due to obvious balancing issues, both of these enchantments cannot be used together.

These were the 5 best enchantments to use on a bow in Minecraft. Some of these enchantments can be applied together. We recommend combining power with either infinity or mending. Depending on your use, this will give you the best possible results. 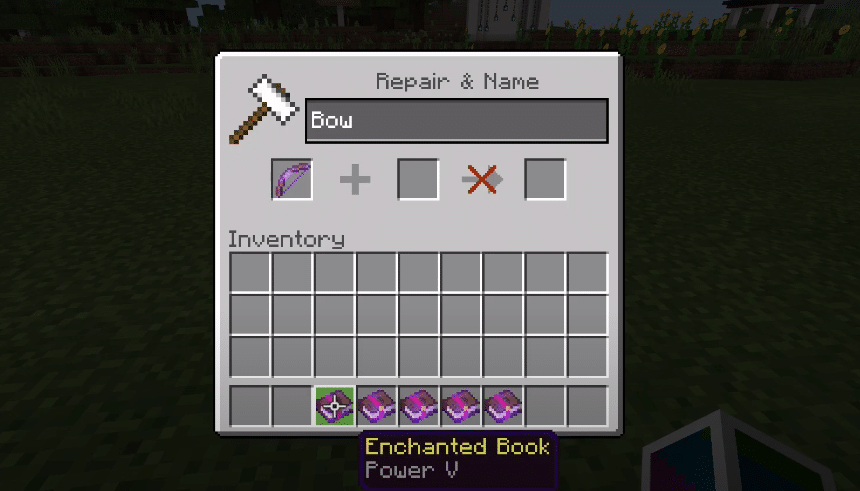