Bugs are one of the things that may completely ruin your gameplay experience. This is true in particular when you are playing an online MMORPG game like World of Warcraft (WoW). Whether the glitch is something minor, or something game-breaking, they are always a nuisance to deal with.

Why Are Iron Maidens Not Spawning in WoW?

The Iron Maidens are one of the bosses that you encounter in the Blackrock Foundry. Many users have been complaining about not being able to get the boss spawn in its room. As a result, these users are thinking of it as a bug that they have encountered.

However, we noticed that for most users who were facing this issue, it wasn’t actually a bug at all. If you are also facing something similar, then we highly recommend that you keep on reading. This article should help you figure out exactly what’s wrong.

One of the first and biggest reasons for the boss to not spawn in its room is because you simply haven’t killed all the NPCs or enemies that are found before the boss. There are many bosses in WoW that won’t spawn unless you have properly cleared the previous room.

The Iron Maidens are one of these bosses that require the player to kill all the NPCs. What’s so tricky about killing the NPCs is that you can actually find some enemies under the water. These are wearing scuba suits and can be found by jumping in the water. Once you have killed these enemies, try going back to the room as the boss should be able to spawn. Just to double-check, we recommend that you also check for any other enemies that you may have missed in the previous rooms.

It is possible that the game hasn’t properly loaded the boss which is why it is not spawning. In this case, reloading the room should prove to be quite effective. What you will have to do is to let your character die by jumping off a certain height or letting him get killed.

Similarly, we also recommend that you reset your game’s UI through settings. Through this, you should be able to reload the boss room and the Iron Maidens should spawn now.

The final possibility of why the bosses are still not spawning could be due to the whole raid getting glitched. If that is the case, then we first recommend that you restart the game. Also, log out and log in to your account again.

Once you are in the game, try going through the raid again. Ensure that you kill each and every enemy that you come across.

Are Iron Maidens not spawning in WoW? This article has all the details that you will need in order to learn about why they aren’t spawning and what you can do in order to fix it. 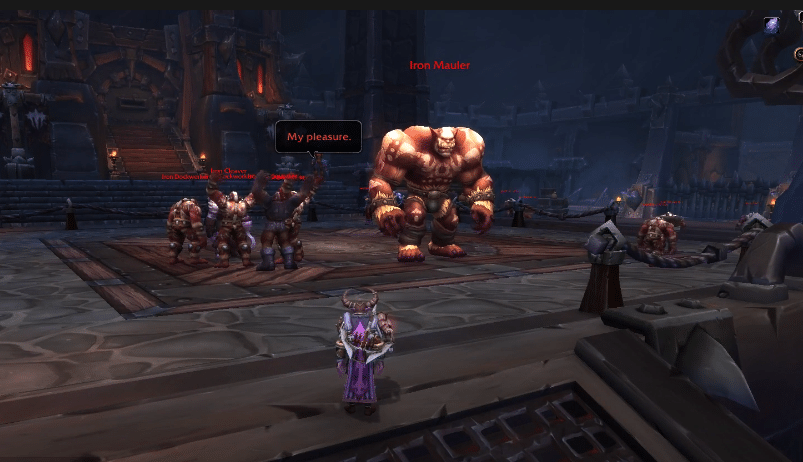