You may have noticed a small sign below you and your opponent’s trophy icons if you play Golf Clash frequently. These signs are referred to as ‘’banners’’ in the game and they are there for more than just aesthetic-related reasons. Banners are a way to symbolize multiple different things in the game. Here is a small guide to help you understand more about these banners if you can’t figure out how they work.

What are Banners in Golf Clash

Banners are a way for Golf Clash to symbolize the division of a player in the game. They are located on the top corners of your screen, directly below the trophy count of both you and your opposing player. There are exactly 4 different divisions in the game. Each division’s banner features a specific color. You can see your own banner as well as the banner of your opponent at any time you want in the game. It is displayed on the screen at all times when you’re playing a match with an opponent in a 1v1 course.

How do Banners Work?

As mentioned, banners are a simple way for players to know about the division of their opponents. They symbolize these divisions with the help of colors. As mentioned, each of the four divisions in the game has different colored banners. You can tell more about the division of the opposing players by recognizing these colors and knowing which one of them represents which division.

The four different divisions in the game are rookie, pro, expert, and the top division in the entire game, which is master. The banner color for a rookie, which is the lowest division, is green. After this is the pro division, which uses a light blue color in its banners. The third division in Golf Clash is the expert division, which features a somewhat golden color in all its banners. Lastly, the banner used to represent the master division uses a darker shade of purple. Some players also have no banner at all.

There are also different borders on each banner. These borders are decided by a player’s results at the end of each tournament. A banner without a border means that players were able to qualify for the tournament but failed to get any meaningful results. A banner with a grey border means that a player was able to qualify for the tournament and got some wins but failed to place in the top 10.

How Do Players Get Banners?

Once a player qualifies, they will be able to compete in the tournament which is usually held around the weekend. Once players qualify for the tournament, they have confirmed their banner. After this, the performance of a player will affect what type of banner they get at the end of the tournament. The best possible banner is the purple one with a golden border. Only the best of the best have this banner.

To put it simply, anyone can get a banner by simply competing in the tournaments. However, the type of banner depends heavily upon the player and their performances in the tournament. You don’t have to worry about having any banner or a bad banner at the start of the game. You’ll get much better banners and borders as you start to improve more and more in the game.

What are Banners Used for? 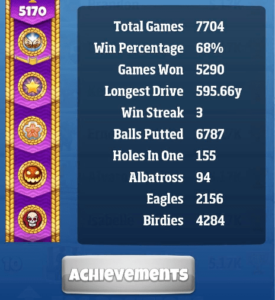 You should know before all else that banners don’t have any actual effect on the gameplay. They are just a way for the game to showcase the great achievements of some players in the game. Many players only want banners as they provide a sense of achievement. This motivates these players to play and perform well in tournaments.

There is also the fact that banners are a good way to intimidate players. It’s a fact that you’ll be a lot tenser and pressured when playing against a player that has a great banner as compared to a player that has a bad banner. This makes banners a great way to scare your opponent and pressure them into making silly mistakes that can cost them the game. This is yet another reason why players are so motivated to improve their banners and perform as great as possible in tournaments.

Is Getting a Banner Difficult?

The answer to this question can be both no and yes. It is difficult to get the best banners and borders available in the game. However, it definitely isn’t difficult to get a banner in general. As mentioned, anyone can get a simple banner by simply qualifying for the tournament. This is fairly easy to do as everyone has three chances to qualify.

It doesn’t matter if you failed on Monday to qualify for the tournament. You’ll get two more chances on Tuesday and Wednesday, meaning that there’s nothing to worry about. Improving the banner on the hand is a bit more difficult. You’ll need to work hard to perform better and you’ll need good clubs and experience in order to beat other players.