Coins are one of the most important things in all of Golf Clash. They are the key to success in the game. Coins are used for a number of different things. They can be used in order to pay the entry fee for tours, or they can be used to get new upgrades for your clubs. In short, they are a very important part of the game.

It is nearly impossible to have success in Golf Clash if you don’t know how to manage your coins. Most players end up wasting all their hard-earned coins which ultimately means that they can’t pay entry fees for a while. This stops them from playing in tours and prevents them from upgrading their clubs, which also makes it difficult to compete against other players. Here is a thorough guide that can teach you how to earn coins in the game in order to avoid all these issues.

How to Get Coins in Golf Clash

As you know, you need a certain amount of coins in order to get an entry in a specific tour. Once you get entry, you’ll compete against opponents who will also pay the entry fee. You’ll get the combined total of both you and your opponent’s coins if you end up defeating them. This makes tours the best possible way for players to get coins in the game, which is why you should play and win as much as possible in order to win.

The coin rewards start to get better and better as you get into the higher tours. However, the entry to higher tours is also a lot compared to the lower tours. You will lose the entry fee you paid and won’t gain anything in return if you end up losing to your opponent. This means that you need to be extra careful while playing the higher tours to ensure that you don’t lose all your money and go broke. Here are a couple of methods that you can try in order to get more coins in the game. 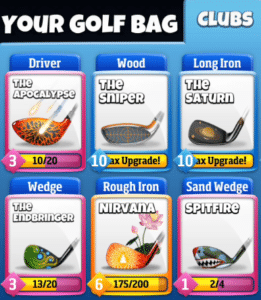 As already mentioned, tours are the best way to earn coins in the game. This is why you need to win as many games as possible in order to make the coins that you need. It is recommended that you don’t jump to the higher tours straight away. Keep spending all your coins on upgrades for your equipment and slowly turn all your equipment into as powerful as it can be.

Doing so will provide you with the fighting chance you need to compete against players in the higher tours. Start competing in the higher tours once you think that your equipment is good enough for you to defeat other players. Doing this will ensure more wins for you in 1v1 matches in tours and will let you make as many coins at possible. 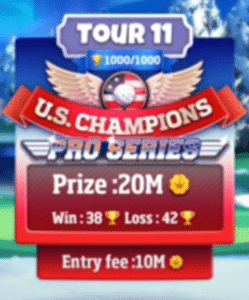 Bankroll management is probably the most effective way of ensuring that you don’t lose all your coins and go broke in Golf Clash. It is a popular method used by many players and can help you greatly if you want to save coins. Many people jump to a higher tour at the exact moment they get enough coins to compete in said tours. If they lose the first match they play on this tour, they’ll lose all their money and will have to start playing lower tours all over again.

This is a mistake that many players tend to make, however, it can be easily avoided. As mentioned in the last fix as well, it is recommended that you don’t jump to the higher tours straight away. You’ll be broke if you lose a single match, which is why bankroll management is so important.

Using bankroll management in Golf Clash ultimately means that you can’t play in the higher tours straight away. The method requires that you save enough money for you to play 6-7 matches in the higher tour without being broke. For example, you shouldn’t get started with Tour 4 straight away if you have 3,000 coins. If the entry for the tour is 3,000 coins, you should save up until you have at least 15,000-21,000 coins.

Doing this will provide you with all the backup coins you need in order to play and lose as many games in a tour as possible without going broke immediately. You should be able to win at least 3 out of 6 games meaning that you’ll always have enough money to compete in the tour. It is recommended that you save enough coins for 10 buy-ins once you reach tour 5+. This will fully insure your safety. 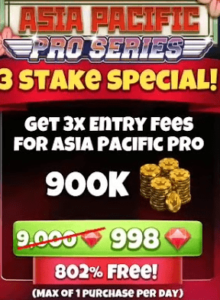 The game allows players to purchase coins from the store. This is probably the easiest and most efficient method to earn coins in the game. Players can purchase these coins using the gems that they get from pin and daily chests. Gems are the premium currency found in the game and are highly valuable.

It is recommended that you don’t directly purchase these coins from the store. Instead of doing this, you should try waiting for the3-Stake Special which is available for purchase when you lose a game in a tour. Buying coins directly is very costly and can be considered a waste of gems. However, the 3-Stake Special provides much better value and is a good way to spend your coins.

This offer allows you to spend your gems in order to get enough buy-ins to play 3 more games in your tour. This provides you with 3 more chances to compete in the higher tours and make more money before going broke. The price for this offer is different depending upon your current tour. It is recommended that you only use this method in tours below 6 or 7. Once you reach tour 7+, gems will become the most important thing in the game and will be necessary for getting new and better clubs.