Taps to Riches is one of many different incremental and idle games that you’ll find for smartphones. It is a great little game that serves only one person, pushing players to tap as much as they can and build their empire to become as rich as they possibly can. It is relatively popular among fans of incremental games as it is a bit unique from other games in the genre. While the main concept is generally the same, making players repeatedly click and improve in order to get better rewards, there are some extra things to do as well which makes it more fun.

In short, Taps to Riches is a game that particularly stands out from a majority of the rest in the same category. If you’ve spent lots of time on the game and have reached the point where you now have to wait for new levels to be released before you can continue playing, you’re probably looking for some other game to invest your free time into. That being said, you’ll be happy to know there are lots of games similar to Taps to Riches out there. Below are the names of a few of them, along with a little information about each game.

If you were a fan of the highly addicting money-making concept of Taps to Riches, there’s a high chance that you’ll be fond of the concept that Makes it Rain brings to the table. As you would guess, it is an incremental idle video game. The main concept is to repeatedly keep tapping on the screen in order to earn more and more money. As you keep getting money, you’ll be able to buy more and more things.

Buying some specific items will make it so that you earn even more money with every single tap. You also have the option to invest in specific things. One of the better things about Make it Rain is that it also has lots of other activities and is a bit more unique from other games in its genre. There are all sorts of different minigames that you can try out, as well as many different mechanics. Your character will also be aging as time goes on, and will eventually turn old. At this point, they’ll be handing their fortune over to the next generation, and the adventure of making as much money as possible keeps going. 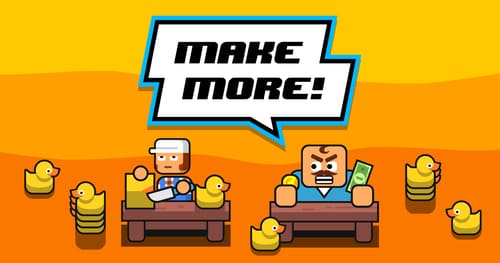 Make More! is quite similar to Taps to Riches in more than a few ways. The game follows the story of your character who gains ownership of a new small factory. You’re the boss, and you only have one employee at the start. Instead of making money with each tap in this game, you’ll be getting the resources that you need in order to get said money in the first place.

It is just a bit more complicated than most money-making incremental games, but it is also much more enjoyable than a lot of them. You’ll be using all the money that you make in order to improve your factory, get more workers that are much better than the ones you employ currently, and make even more money than before! There is a prestige system too, which means that the fun never has to stop.

Factory Idle is one of the more complicated games of its category that you’ll find. It is very similar to both Make More! as well as Tap to Riches. The game is all about making as much money as possible, but it does so through a factory. Factory Idle is definitely the most unique name on this list, as it is isn’t entirely dependent on making players just repeatedly tap on the screen to make money.

Players have to do much more than that. They have to set up their entire factory and fill it with all sorts of different machinery in order to make it better and better so that it provides them with a better income. You can buy more and more areas within a factory in order to fill it with more and more equipment, while there is also the option to buy entirely new factories. It is a difficult game at first, but it is quite addictive and rewarding, which is exactly why you should try it out. 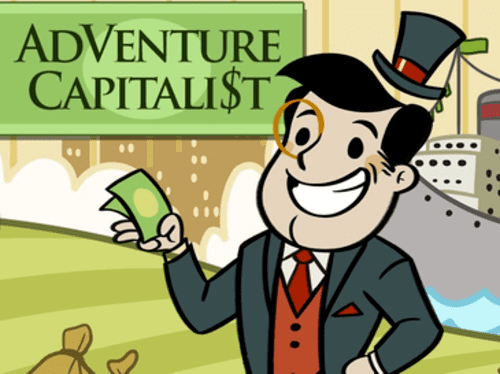 AdVenture Capitalist is one of the most similar games that you’ll find when it comes to alternatives for Taps to Riches. It is an incremental idle game that you’ve no doubt heard of if you’re a fan of these types of games and have been playing them for a while. It is available across most major platforms and became so popular that it even released on the PlayStation 4. The concept of both this and Taps to Riches is very similar.

With every single tap on the screen, you earn more and more money which you can spend on whatever you like. However, it definitely isn’t as easy as it sounds. You’ll only be starting off with a small little lemonade stand with a very low income. Once you get more money, you can get more lemonade stands and slowly move on to bigger and better projects. As you invest and earn more, you’ll eventually become one of the richest people in not just the world, but also on the moon and Mars. 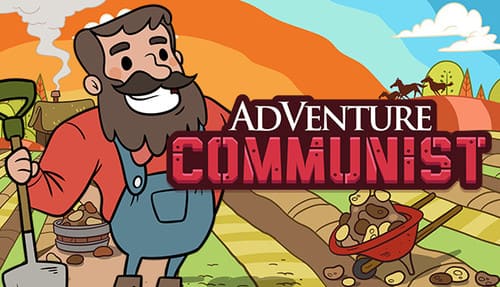 Another very popular name among incremental idle game lovers is AdVenture Communist, which acts as an unconnected sequel of sorts to AdVenture Capitalist. It is very similar to its predecessor, but with a few added mechanics and features that make it more enjoyable in the eyes of some.

It is another good option, as well as a unique one that is similar enough to Taps to Riches. There is a fun little story behind the scenes as well, along with much more to do than just tapping on the screen and earning money. 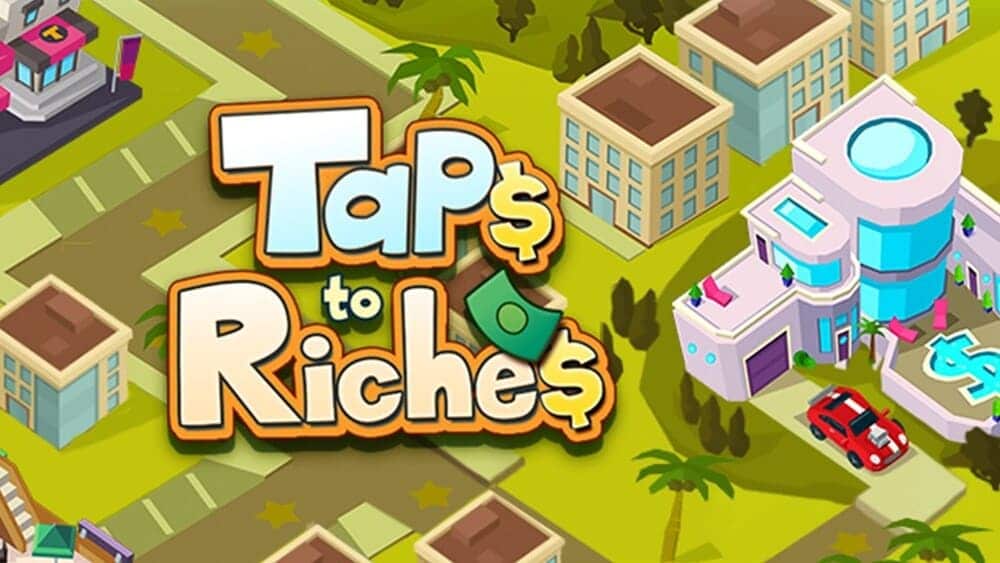