World of Tanks, also known as WoT for short, is a massively multiplayer online video game that was first released in 2010. Following its release in this year, World of Tanks went on to become much more famous than anyone had expected it to. Its brilliant combat which entirely consisted of tanks, as obvious from the name of the game, attracted many players. Sometime later, the game had well above a million players across all platforms and is still fairly populated even today.

Once they select which specific tank they wish to use, players are put inside of a random world with other players. Usually, players will be grouped together with others in teams. Said teams have to work together in the best way that they possibly can in order to ensure their victory. Whether you’re out to destroy all enemy tanks or are looking to capture the enemy’s main base, almost all matches you play will be very enjoyable. Just like World of Tanks, there are some other great games that are quite similar. Here is a list of said games you can read to find and enjoy alternatives for World of Tanks. 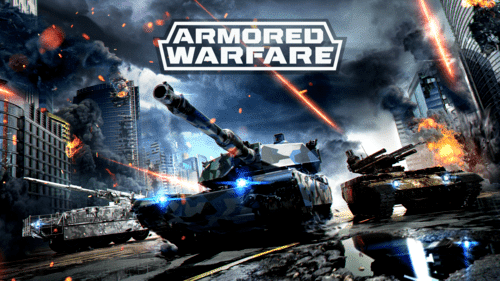 Armoured Warfare is a game based on a real war that came out back in 2015. Its combat is entirely revolved around players using tanks to achieve a number of different goals and take down entire enemy teams. You have the option of choosing from over 100 different armoured vehicles in the game. As players use tanks to fight and take down enemy fleets, you can already expect that there are lots of similarities between World of Tanks and Armoured Warfare.

One difference between both the games, which is also something that some players will appreciate, is that Armoured Warfare features a relatively futuristic setting when compared to World of Tanks. That’s because the former is set somewhere around the present time whereas the latter is set in the mid-20th century. This means that the vehicles are more modern as well, and so are the environments. Other than this it is quite similar in most aspects, especially gameplay. There are PvP and PvE modes, both of which are quite enjoyable. 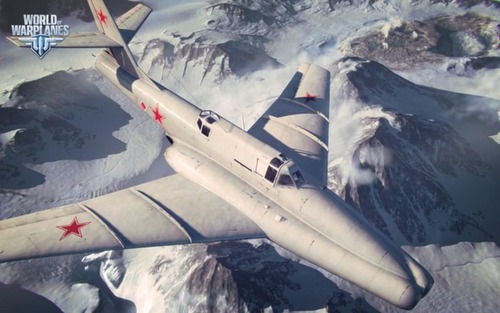 World of Warplanes is a game that focuses entirely on fighting other players with armoured vehicles as well. The only difference between this and World of Tanks is that World of Warplanes features combat with airplanes and fighter jets. The game officially released in 2015, after which it racked up a decent player base. While both the games feature entirely different means of playing, as you control planes rather than tanks, they are still quite similar in gameplay.

The reason behind this is quite simple. World of Warplanes is actually a game made by Wargaming as well. These are the same people that are responsible for the development of World of Tanks. As the developers are the same and the concept is somewhat similar as well, you can expect a lot of likenesses between both the games. While the vehicles you control are different, playing both the games actually feels quite similar. 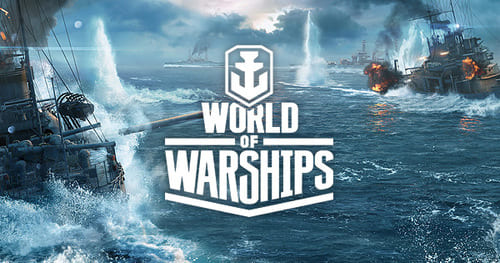 As you might’ve guessed from the name, this is another warfare video game that is all about fighting battles using warships. You might’ve also guessed that this is another game developed by Wargaming as well, who are also the developers of the previously listed World of Warplanes and also World of Tanks itself. Once again, the concept is highly similar. Players fight wars, but using vehicles instead of actually controlling soldiers. The major difference is that you’ll be fighting at sea instead of at land, as you’ll be controlling warships.

Other than this, the mechanics and gameplay are very similar to one another, and so is the way that the game is played. You’ll be put into a team with other players, and it’ll be your goal to completely take out the enemy team. Using your fleets’ capabilities to the fullest, you have to coordinate with all your teammates in the best way that you can in order to make sure you either complete your objectives or wipe out the enemy team in each match. While it looks different, it is certainly quite similar and worth trying out as it is another great game by Wargaming. 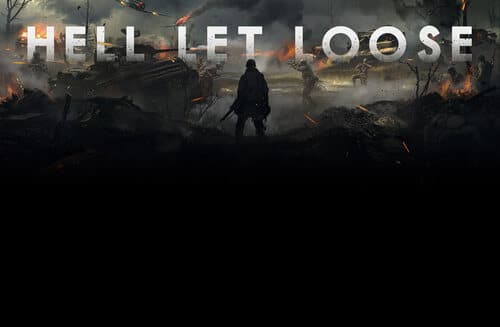 Hell Let Loose is a visually beautiful but simultaneously disturbing game that is set during the period of World War II. It is a little different from all the other games that you’ll find on this list, and that’s because it isn’t entirely focused on vehicular combat. You can control soldiers in this game as well. In fact, controlling soldiers is the main thing that you’ll be doing.

However, there are many other means of playing as well. You’ll be able to find armoured vehicles, mainly tanks, which you can control to decimate enemy teams. The gunplay is great and the way that the tanks are controlled is quite similar to World of Tanks. 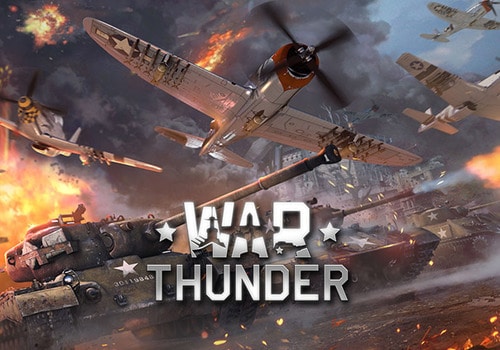 Once again, the concept of the game is quite similar to it entirely revolves around warfare through vehicles. These vehicles are controlled by players who’ll be using them to take down enemy teams and win matches. There isn’t any focus on a specific timeline in War Thunder, which you’ll be able to see for yourself once you start playing the game. It features vehicles and especially tanks from many different periods in time.

This includes both world wars, the cold war, the war between Vietnam and America, and many other historic battles featuring vehicular combat. The main difference that you’ll find between War Thunder and World of Tanks is that War Thunder features all sorts of combat vehicles rather than just tanks. You’ll be taking the fight to the sea, land, and even the skies. The tank gameplay is still quite similar though, and the game is very decently populated even today. This makes War Thunder a good alternative worth trying.