The game Subnautica revolutionized the survival horror genre due to its amazing open-world experience. There were definitely a lot of other open-world survival games released during the time, but Subnautica was unique due to the fact that it took place underwater. The underwater environments of Subnautica surely seem beautiful, but they are completely unforgiving and filled with all sorts of different horrors.

Players had to set up their base in these unforgiving waters, while also slowly progressing in terms of story. Speaking of the story, Subnautica’s story is quite intriguing and you’ll learn more and more about certain mysteries as you keep playing the game. In short, Subnautica provides a great horror experience in which you have to build your base while avoiding all sorts of different monsters. As you go on your way to do these things, you’ll also be learning more and more about the game’s story.

All of these things are executed brilliantly in Subnautica, which is why players get hooked when they play the game for the first time. If you’re already done with Subnautica but are looking for similar experiences, you’re in luck. There are multiple different games that are similar to Subnautica, all of which are very enjoyable in their own way. These games are listed below, along with the reasons why they’re so similar to Subnautica in the first place. 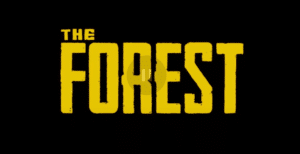 The Forest is another game that immediately became a huge hit among fans of the survival horror genre. There are some very obvious similarities between both Subnautica and The Forest, a lot of which you’ll be able to easily notice when you play them both. Just like Subnautica, supplies are quite scarce and you’ll have to manage everything perfectly in order to ensure that you never starve. There’s also a great crafting mechanic in the game, which allows you to create all sorts of different things from the different supplies that you gather from The Forest’s vast world.

The only difference is that the scary waters of Subnautica are replaced by the creepy woods which cover the island in The Forest. And instead of underwater monsters, you’ll be facing cannibalistic mutants that will be out to get you during every second of the game. The main similarity that you’ll feel between both Subnautica and The Forest is the similarity in horror. Both games place you inside a visually attractive but awfully creepy environment which are filled with scary abominations that will be looking to kill you. You will constantly be under stress and will have to think twice before making every turn, which you’ll be more than familiar with if you’ve played Subnautica before.

No Man’s Sky looks nothing like Subnautica upon first sight, but there is a huge ton of similarities between the two games. One of the first things that comes to mind is the overall freedom and gameplay. Subnautica offered you what seemed like an entire ocean to explore, meaning that there was always something to do. No Man’s Sky also does this. In fact, No Man’s Sky does this better than any other game out there.

There isn’t a game in the world so far that offers as much freedom as No Man’s Sky. You literally have the entire universe to explore in the game, as you can go from galaxy to galaxy in order to explore new planets and discover new things. There’s even the option to make any of these planets your new home, as you’ll be able to develop your main base in any planet of your choice. All of these worlds will also be filled with many different creatures and new materials. Some of these creatures will be friendly, while the rest will be out to get you.

The only thing you have to make sure of is to not get disheartened by the bad reviews that the game initially received. No Man’s Sky has improved significantly since its release, and is now a very enjoyable experience. There are obviously some differences between the two games as well. One example of this is the supplies, which definitely won’t be as scarce in No Man’s Sky as compared to Subnautica. Other than this, No Man’s Sky definitely doesn’t provide the same horrific experience as well. Regardless of this, Subnautica fans are sure to enjoy No Man’s Sky thanks to the similarities in gameplay.

If you’re a fan of the horror experience of Subnautica, its almost certain that you’ll also appreciate what the Solus Project puts on the table for you. The Solus Project is a survival horror game that puts a huge emphasis on the horror side of things. You’ll take control of your character who is stranded on a unique alien planet. On this planet, there will be many different horrors awaiting in an eerie environment.

These enemies will be there to make things much more difficult for you during every step of the way. All of the enemies you encounter will make things much more tense for you and will keep you on the edge of the seat. There are also a lot of jumpscares, meaning that you never know what to expect each time you make a move. In short, all the people that were fans of Subnautica’s creepy environment and enemies will definitely enjoy The Solus Project as well.

The Solus Project also primarily takes place on land as opposed to water. The environment is filled with rocky terrains and even some buildings which may hold unpleasant surprises for you. Along with this, the only other major difference is the fact that you’ll be able to find supplies a lot more commonly as opposed to Subnautica. Regardless, this doesn’t take away from the horror that awaits you when you decide to play The Solus Project. 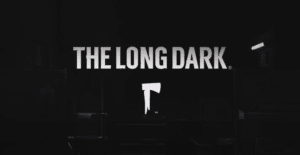 All the other games on this list, including Subnautica itself, are filled with beautiful scenery. However, this definitely isn’t the case for The Long Dark. This game entirely focuses on the cruelty of a post-apocalyptic world. There aren’t any monsters and other horrors of the sort. Instead of this, The Long Dark offers a completely realistic post-apocalyptic experience which will be filled with predatory animals that will be looking to feast on you.

There are all sorts of different animals in The Long Dark, a lot of which will be hunting you rather than you hunting them. These predatory animals include wolfs, bears and others of the sort. All of them have different behaviours and you’ll have to avoid them or take them out using specific methods. The world of The Long Dark is pretty much empty when it comes to any other sort of life, as you won’t be coming into contact with many other humans.

All in all, The Long Dark excels at providing players with the same level of unease as Subnautica. There won’t ever be a dull moment in the game, and you’ll pretty much always be worried about getting attacked by enemies. While there may not be any monsters or many supernatural elements, The Long Dark is still one of the most horrific and daunting survival games you can try right now.

The best next things that you can try after you’ve spent enough time with Subnautica is of course the expansion to the game itself. There obviously isn’t any other game in the world that can provide you a better similar experience to Subnautica than this. Below Zero is the expansion for the popular underwater survival horror and was released back in the start of 2019.

The expansion also looks to expand on the intriguing story of the previous game. While you’ll be using a completely different character than the one you used in Subnautica, you’ll still notice some connections in the story and the overall setting. In short, Subnautica: Below Zero is the best similar option for those that want to play games like Subnautica. However, you shouldn’t let this take anything away from any of the other games on the list, as all of them are great in their own right as well.