Stardew Valley is a peaceful game that follows a light-hearted story of a man that wishes to escape from the fuss of the crowded city. In order to do so, the man inherits a small plot of land, including a house, outside of the city. The man decides to start farming using the small plot of land that he owns. The game allows players to choose from many different types of farm maps. Once the choice is made, players will be allowed to being their journey.

At the start of the game, the plot of land that you own will cause all kinds of different troubles. There’ll be rocks, trees, and other things of the sort which you’ll have to clear in order to progress. After players do all of this, they’ll be able to start planting farming all sorts of different fruits and vegetables. Apart from the farming mechanic, there’s even the option to socialize and marry someone. In short, the game provides a fun experience that can distract you from all your worries. If you’re already interested in Stardew Valley and want to try other similar games, here are some of the best similar games that you can try.

Much like Stardew Valley, World’s Dawn is another good game that takes inspiration from the great Harvest Moon franchise. That being said, it’s also quite similar to Stardew Valley. You’ll notice some obvious differences between the two games, but you’ll also be able to easily notice that World’s Dawn features most of the great things about Stardew Valley. You can do all the distracting and addicting things that you did to pass the time in Stardew Valley. This includes things such as socializing with other people and even marrying and having children.

However, there’s only one huge difference between the two games. You’ll notice that there isn’t much freedom in the farming aspect of World’s Dawn. This is because of the fact that all your farming methods are already determined by the game and you’ll have to follow them to progress. However, the best part about World’s Dawn is its great set of characters which you’ll get attached to along the way. Both games also feature fun stories too. Your main goal will be to restore the greatness of your deteriorating village which is losing its charm by the day. At the end of the day, World’s Dawn is definitely one of the best games which share likenesses with Stardew Valley. 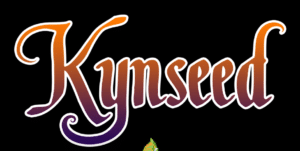 Kynseed isn’t similar to Stardew Valley in terms of farming, but it definitely features a lot of the same mechanics. In fact, there’s a lot of gameplay mechanics from Stardew Valley that you might also find during your time with Kynseed. The game focuses on town simulation rather than farming simulation, which is why it’s obvious that there aren’t many similarities in the farming department. However, this doesn’t mean that farming isn’t in the game. As you live life in Kynseed, you’ll be working hard and running all sorts of errands. But at the end of the day, you can come home to relax and work on growing fruits and vegetables in a mini-farm in your own land.

What makes Kynseed so fun and similar to Stardew Valley is the freedom. You can do all sorts of different things, such as build and improve relations with NPCs. There’s even the great option to go out of your way to explore the outskirts of your town, where you’ll be able to explore and find lots of things. But above all else, the main attraction of Kynseed is its set of great and humoristic characters. In the end, you can simply define Kynseed as a version of Stardew Valley that puts a much heavier focus on town simulation. 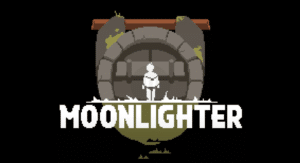 Moonlighter is completely different from Stardew Valley, but it’s also very similar at the same time. During the day, the game is light-hearted and focuses on managing and simulation. You’ll be working hard and grinding every day to manage your shop and build relations with your customers, while also selling them things. However, as soon as night-time approaches, you’ll be closing up your shop and getting ready to explore. You’ll be progressing along a wonderful story filled with drama and great characters while also exploring creepy caves.

You’ll be coming to these caves at night in order to get more and more materials to sell at your shop. As you explore more and more, you’ll find better and better materials. However, exploring definitely isn’t an easy thing to do. You’ll also encounter all sorts of different enemies on your trip to these caves, including ghosts and other things.

While this sounds almost completely different from Stardew in nearly every aspect, you’ll be able to tell the similarities yourself when you play Moonlighter. Moonlighter features that exact freedom and that everyday grind you’ll have to put in if you wish to progress. This makes it a great alternative for those looking to try something like Stardew Valley, but with an added twist.

Littlewood is another great option, as it is just as light-hearted and distractingly fun as Stardew Valley. The game features a very cute art style, along with a cute set of characters. This is something that you should be very familiar with if you’ve played Stardew Valley even once before. On top of this, there’s even the same type of light-hearted music that made Stardew Valley so much more fun to play.

These aren’t the only similarities that both the games share though. You’ll find the same set of hard chores that made Stardew Valley so addictive. These chores include all sorts of different things, such as cooking, mining, catching bugs, along with so many more, including of course farming itself. The main difference that you’ll feel between the two games is the sense of freedom in terms of the topology and overall structure of your city, which is definitely a good thing.

You can also completely shape your town to your own liking, meaning that you can make the kind of town that is perfect in your eyes. Along with this, there are a few town simulation aspects as well. For example, you’ll be ‘’recruiting ‘’ villagers to add to your town and tending to all their needs. Along with this, you’ll also be planning how and where to build buildings. You’ll be doing all this while also adding more and more to the beauty and charm of your cute little city. 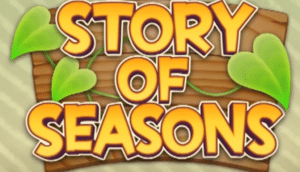 Saving the best for last, the best similar game to Stardew Valley that you can enjoy is Harvest Moon itself, which is now known as Story of Seasons. If you aren’t already familiar with this, you should know that Stardew Valley was actually completely inspired by the great Harvest Moon series. Harvest Moon first came out in 1997 and immediately became one of the most addicting simulators around. This is particularly a great choice for all those that have Nintendo platforms, as the entries of the series are almost entirely exclusive for Nintendo consoles.

However, this recently changed with the newest inclusion to the Story of Seasons franchise. This addition is known as Doraemon: Story of Seasons and is also available on PC along with Nintendo Switch. Harvest Moon still holds up as one of the most addicting and fun games to play and pass the time with, and you can try just about any game in the franchise as an alternative to Stardew Valley. You’ll notice all the great things about Stardew Valley in the different Story of Seasons games, along with why the franchise is so popular in the first place.

You’ll be doing all the same things, such as farming and building relationships with other people. On top of this, there are also other activities such as cooking and more. In the end, you can try any single Story of Seasons (Harvest Moon) game out there and you’ll be pleased with it, especially if you’re a fan of Stardew Valley.

All the fun games mentioned above are the best options when it comes to games that are like Stardew Valley. All these games have their own ways of being similar to Stardew Valley and are almost equally addicting. All of them are available for Windows PC as well, but a few select ones aren’t available on other platforms. Just give any of them a shot and you’ll immediately get hooked.