Veteran gamers and even hardcore strategy and simulation players are quite familiar with the genre classic that is RimWorld, an incredibly popular simulation game that satisfied its player base even before it left early access. It came out of its beta phase strong and on the rise and was Steam’s top player-rated game last year across all categories after its official release, a feat not common for games of its genre. The game is basically a survival colony simulation where you have to manage colonists and their resources and make sure they stay alive and healthy in a setting that aims to harm them and provides challenging situations where a bad call can mean the end for your settlers.

RimWorld’s main gameplay mechanic is the story-telling AI that drives the game’s plot and setting and generates events and stories for the colonists that features combat, ecology, diplomacy, climate, human psychology, trade, and much more. The AI provides various events and situations based on the kind of AI you choose and makes every player’s playthrough unique and interesting. Players looking to entertain themselves with a similar game can read on through and pick out a game that offers the same fun and challenge that RimWorld provides.

A must-have on this list, since the original 2006 release of Dwarf Fortress is what prompted developers to start work on RimWorld and create such an engaging and comprehensive game as an imitation to DF. While the original game is still a legend for gamers of this genre, Bay 12 Games has started work on tweaking the game for another release with an official skin pack that enhances the graphics and overall look of the game to match the countless successors this game gave birth to. The developers also plan on adding premium features based around creating a version of the game that appeals to the mainstream audience and takes a step back from the losing-is-fun design and outdated UI that puts off some players that start playing the game.

Dwarf Fortress was made for specialists and not the casual gamers, as evident from its hardcore and specialized playing style where your entire game can be ruined from a single mistake. The legendary game features “the deepest, most intricate simulation of a world ever created” and provides seemingly endless hours of gameplay, both in Adventure mode and the classic Survival mode. Build a fortress for your dwarves and help them survive against hunger, foes, and even madness, in a deeply generated world of infinite possibilities.

Another big name on the list, and one of the best alternatives for gamers looking for a simulation experience similar to RimWorld, Oxygen Not Included trades the top-down view for a side one and puts you in charge of a base situated on a lonely asteroid full of clones and limited resources with the only way to survive to be your skill and knowledge to keep your base “afloat”. The game is basically a space-colony sim and has the player managing the colonist’s physical health and mental state, but with added difficulty in the form of maintaining temperature, water quality, and waste from the inhabitants. The player will have to carefully construct and develop the base for optimum survival and must help the colonists master science and space tech to overcome alien lifeforms and attempt to survive on a desolate rock floating in space.

Oxygen Not Included features exceptional game design and mechanics and is filled to the brim with character and the curse of being lonely (as portrayed by clones crying and huddling up to sleep). Also, aside from the obvious lack of air, the environment around the base and its threat make this an incredibly difficult and challenging game that often brings the player to the brink of madness and exasperation. Attempt to keep your space colony from being wiped out by efficiently allocating resources and keeping the colonists from experience psychological stress by keeping them happy and distracted in the hopes of possibly thriving on the base as it grows.

From the same developers that gave us the Tropico series, Surviving Mars is a well-developed title and features as a hybrid between a city-builder and colony simulation with exceptional survival attributes on the Red Planet. You are tasked with colonizing Mars (one of mankind’s most prominent ideas since NASA provided details and actual theories for it) and forming the first functioning human base on the planet, a job that is far from easy and comes with various challenges and difficulties. The struggles are real of trying to survive on a planet not built for human living, and the player is tasked with managing supplies, oxygen, sandstorm threats, individual colonists and mysterious alien tech found all over the planet. The game does a great job of balancing mystery with stressful threats to colony life, and dealing with them and surviving the planet is an arduous task that comes with multiple challenges.

The game tasks the player with overcoming challenges to the colony’s survival, with strategy and practical building skills that ensure the most efficient system of living. From transporting underground water to taking care of heat and oxygen supply to constructing domes and hubs of commercial or residential requirements. Most important of all is to keep your colonists healthy and happy, ensuring that further expansion and management of the colony is hassle-free and easy. Research, experiment, discover and expand, and form a base for humans that thrives on Mars and continues to facilitate efficient living in this sci-fi setting.

First Feudal, even for players not a fan of the simulation genre, is the next best game for players looking to engage in gameplay and mechanics similar to those of RimWorld. You collect and manage resources, build homes and settlements, and construct workshops for any other in-game need. The player is also tasked with controlling villagers and getting them to perform tasks and jobs using various tools and items at your disposal and fulfilling their need for food and shelter. The game doesn’t copy RimWorld’s mechanics and plays more as a village-building RPG with the player controlling a specific character as opposed to the overseer abilities in RimWorld. This puts you in the midst of the colony itself and adds a direct investment to the setting of the game offering a unique and engaging concept.

First Feudal, as the name implies, takes place in a medieval setting and starts the player off with a couple of villagers and peasants and limited resources that you gradually expand and build into a powerful empire and castle. The premise of the game involves growing stronger as a feudal lord and gathering resources and military might to thrive and fight off bandits and territorial enemies. The player mines materials, grow crops for their subjects, manufactures equipment and weapons, advances technology, and even fights to survive against threats. Your aim is to survive through various seasons and invasions and help keep your people happy and safe, offering a great simulation for players of this genre with an interesting era as its setting. 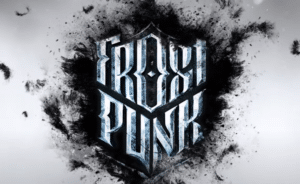 A relatively new entry into the survival and strategy genre, Frostpunk offers a steampunk-themed survival setting with an apocalyptic environment and a harsh ice age that has killed and destroyed almost all major human settlements. The player is tasked to be the leader of the last surviving human city and must manage the infrastructure of the city and the well-being of its people. It comes from the makers of the popular game “This War is Mine” and is considered to an incredible base-building game that takes place in an alternate 19th-century setting where a destructive ice age has wiped the humans almost to the brink of extinction. The last of the human race is sheltered around a steam heat generator in hopes of surviving the cold, and the player’s main objective is to take care of these people and keep them alive.

The major build mechanics of Frostpunk are similar to Dwarf Fortress where you build houses, kitchens, storages, and any other necessity needed by the inhabitants. However, the game focuses more on the plot and the moral system of the colonists, providing an exceptionally engaging and thrilling survival experience. The player is forced to make harsh and tough decisions, with heavy consequences, and must maintain the psychological state of the residents as well as all their primal needs. The game provides hours of endless engagement with extreme investment into the subjects themselves, making you responsible for them and living with the threat of mankind ends.

Whatever your pick, know that each and every game on this list provides players with endless entertainment and challenges while surviving and prospering in their respective colony or settlement. Players coming from RimWorld’s gameplay and mechanics will thoroughly enjoy playing them and will be sure to stay satisfied and immersed.