Rune Factory is a series of RPG games that have been around for quite a while. It is a simulator game as well as an RPG game, and it is loved by many for its uniqueness as well as its great gameplay mechanics which immerse players and allow them to spend many hours in the game. Rune Factory is mainly a game about doing things such as farming and harvesting, but it is also much more than that. Players actually engage in RPG-type battles as well with all sorts of monsters as well.

The twist is that said monsters can be defeated and then even befriended/tamed. Upon being tamed, and monsters that you befriend will help you out in all sorts of different ways. You can get them to fight alongside you against other monsters, with farming, and more. There is even the option to start your very own family by marrying someone. It is a series filled with many great games that are capable of providing many great hours of fun. If you’ve had your fair share of fun with all the Rune Factory games and wish to try out something similar, here are some great similar alternatives. 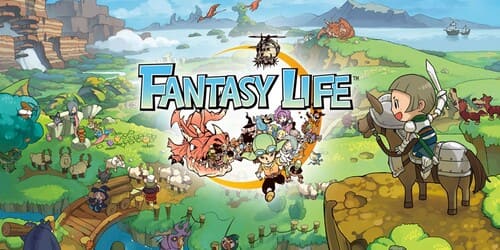 As you can easily guess from its name, Fantasy Life is a fantasy-themed game that is all about life simulation. It is an RPG with many fantasy elements that also focuses on life simulation, which is very similar to what Rune Factory is. There are a total of 12 different ways that players can choose to live their life in the game. These are the 12 life classes, and your experience with Fantasy Life will be different each time depending upon the life class that you choose.

While there isn’t exactly a focus on farming specifically, there are lots of other life simulation related aspects that play out very similarly to the ones in Rune Factory. Fantasy Life even has the monster battling feature, and you can even unlock new characters/allies that will help you fight said monsters. There are lots to do in Fantasy Life and much like Rune Factory, you can spend several hours in it just building your life and relationships with the people around your character. 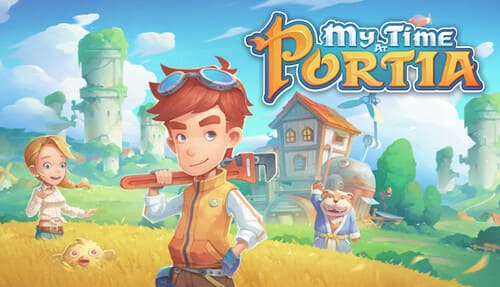 My Time at Portia is a relatively newer name when compared to the others mentioned on this list. It was released in 2019 for most major gaming platforms and is now one of the more popular games of its genre that you’ll be able to find. It is a role-playing game that also acts as a simulation game, much like the previously mentioned Fantasy Life and Rune Factory itself. It allows players to do farming and harvesting, but it also allows players to do much more than that.

In My Time at Portia, humanity as a whole has been almost completely destroyed. Your character is one of the last of their kind, and must build a suitable place for living in order to rebuild the planet one step at a time. Not only will you be farming in this game, but you’ll also be building an entire city from scratch and making it suitable for living. You’ll also be fending off enemies and doing much more. There are also lots of NPCs that you can interact with and run errands for.

When it comes to life simulation games that also have an RPG aspect to them, Stardew Valley is always likely to find its way on the list. This game is all about building your farm and your home, while also building your relationship with all those around your character. At the start of the game, a player’s character takes control of a small farm in a new area where they recently moved to. It is now their job to make this small farm much larger and efficient, as well as successful.

Players will be tending to their farm, getting animals to help them out, and sometimes even fighting monsters when they’re out exploring. There’s the option to go into the city and meet many wonderful people too, building your bonds with them and maybe even choosing any specific one as a romantic partner for your character. It is a very similar game to Rune Factory and is definitely recommended if you’re looking for an alternative to spend a lot of time on.

RuneScape is quite clearly a very different pick from all the others on the list. It is an MMORPG, meaning that it is multiplayer and you’ll be playing with thousands of others that are in the same world as you. Regardless of this, it is still quite similar to Rune Factory in more than a few ways. It is specifically very similar to Rune Factory 4.

One of the main similarities is the leveling system of RuneScape, which is a lot like the leveling system that was praised a lot by fans in RF4. Other than this, RuneScape also has all sorts of different things for players to do. The main similarity, in this case, is that all these different activities along with how and when you do them also affect other activities. It is a great game, and it goes without saying that you can spend lots of time playing it as it is an MMORPG. 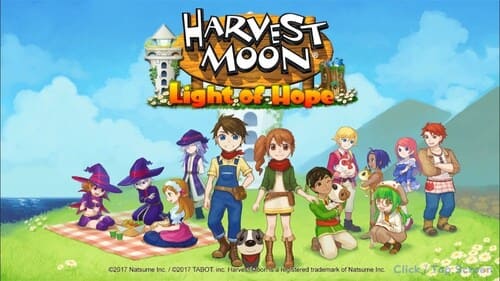 The farming aspects of both games are quite similar, but there isn’t a huge focus on fantasy. It is an RPG life simulation game, and it features lots of things for players to do. There is a stamina system like in Rune Factory and you can even purchase animals to help you out with farming or in some other adventures. It is a fun and cute game. It is definitely recommended for all Rune Factory fans, especially those that like enjoying classic experiences.