Nowadays, mainly games that revolve around action are more popular than the rest, and this is something that you’ll notice quite easily whenever you look up the most popular currently around. That’s why it’s nice to find a great unique experience that is a little different than the rest.

My Time at Portia was praised for providing the exact such experience. This game is certainly different from the majority that you’ll find, and that’s exactly why so many people end up loving it when they play. This simulator game revolves around the player’s character and their struggle to survive after civilization has completely perished. Eventually, as you play more and more, you realize your little town filled with a few survivors is becoming bigger and bigger, forming into the city of Portia.

It is now your job to expand said city as much as you can in all sorts of different ways, while also becoming the best builder that the city has. All this is definitely a fun experience and a cute one at that as well. There’s some action in the mix as well, but My Time at Portia is mainly about simulation as well as building, and that’s exactly what you’ll be doing with a majority of the time you spend with this game. If you liked the fun and intriguing experience provided by the game and wish to delve into more games that provide something similar, take a look at the list below. 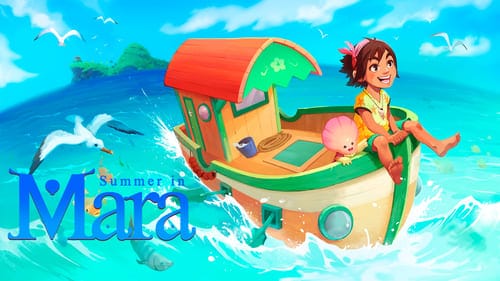 If you’re looking for a game that’s both peaceful and allows you to tend to an entire area/town of your own in a similar manner to My Time at Portia, then Summer in Mara is a great option. This game provides players with a large and beautiful world to explore with their character while also doing all sorts of fun things. You will be catering to the majority of the island, meaning that you’ll be doing things like growing crops, farming, crafting, and much more of the sort. You’ll also have the freedom of exploring the island in any way that you wish.

What’s even more intriguing is that you can take your character out for a ride on a boat and even explore the ocean once you’re done tending to the island for a while. There’s lots to do and many different ways to play this fun game. As you can see from what’s been said so far, Summer in Mara is definitely similar to My Time in Portia in more ways than one. The major difference is that there’s a bit more freedom in what you can do, which is actually a good thing in the eyes of most players. 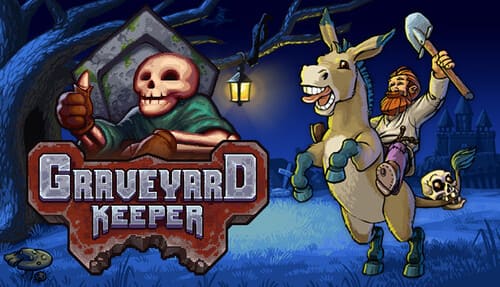 Graveyard Keeper is another simulation game, and it is similar to My Time at Portia in more ways than just a few. Your character gets hit by a car in this game, presumably resulting in his death. After this happens, he is put inside of a medieval fantasy-themed world where he is tasked with tending to a graveyard. It will be your job to help your character tend to the graveyard in the game, doing all sorts of things to ensure that it stays in top condition. This is where all the simulator aspects, as well as all the aspects similar to My Time at Portia, come into play.

The graveyard has all sorts of different problems, and you have to come up with effective solutions. While tending to all your duties, you also get to interact with all sorts of lovable NPCs. Your ultimate goal of finding a way back home also continues in the background, as the story advances the more you work and the more you interact with other characters. There’s lots of content to enjoy in this game, and it’s definitely a good alternative for My Time at Portia. 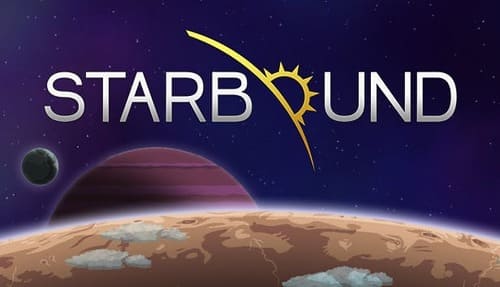 Starbound is an action-adventure video game that takes place on a random planet in space. It is a very similar game to My Time at Portia for many reasons. Even the setting and base storylines of the two games are very similar to one another. In Starbound, civilization and all of Earth, in general, has been completely destroyed and your character is the only survivor as they were on a spaceship. This character of yours eventually lands on a random planet in the middle of space, and it is now their job to build a suitable home for themselves.

Not only will you just be building yourself a settlement in Starbound, but you’ll also be going through the troublesome adventure of finding all the tools and supplies you need to build. Once your settlement becomes large enough, lots of new features are introduced and the game gets even more similar to My Time at Portia. 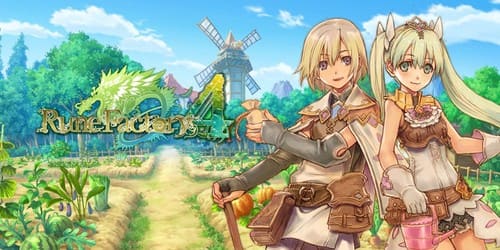 Rune Factory is a slightly older name on this list, but it is also one of the best ones. It is a great RPG game series that has been around for many years now. The first entry came all the way back in 2006, and there’s been much more added to the franchise since then. Its exploration and building-related mechanics are some that My Time at Portia players are sure to love.

The gameplay is very similar between the two games. There are NPCs to interact with as well. All these might even give you some things to do and some quests to complete. It’s a lot like My Time at Portia, but with a somewhat heavier focus on combat. Its definitely worth checking out as it has lots of similarities and there are many different games in the series, any single one of which you can pick out and start enjoying. 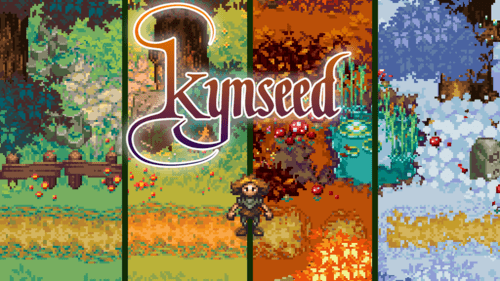 Kynseed is a relatively newer name on the list. The game has been in early access for quite some time now, but an official release has finally taken place. There’s not much to say about the game, as it isn’t much too different from the other names that you’ll find on this list. This is actually a good thing though, as Kynseed takes old and new farming/simulating game formulas and uses them perfectly.

It is a fun little experience that has lots of the same mechanics that My Time at Portia was mainly praised for. There’s even world-building, and also the option to settle down and get married to someone. Your character also ages, and watches the world age along with them. It’s a fun game about building, farming, harvesting, and much more. It is especially one that My Time at Portia fans might enjoy. 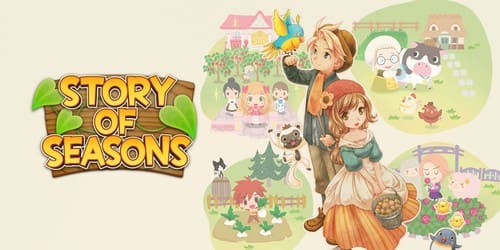 Story of Seasons is also a good option that all My Time at Portia lovers should consider giving a shot. It is one of the oldest building/farming series around, or at least it is the continuation of it. Story of Seasons acts as a revival for the highly popular Harvest Moon games, and a lot of the entries you’ll find on this list are actually based upon these games. This can also be said for My Time at Portia, which certainly seems like it draws a lot of inspiration from the Story of Seasons when it comes to some of the farming-related aspects.

The Story of Seasons franchise, alternatively and mainly known as Harvest Moon, still continues to be popular even to this day. There was even a new entry in the franchise released only recently, which turned out to be successful enough. It is a great game series, especially when it comes to all farming related aspects, as well as some character and world-building aspects. 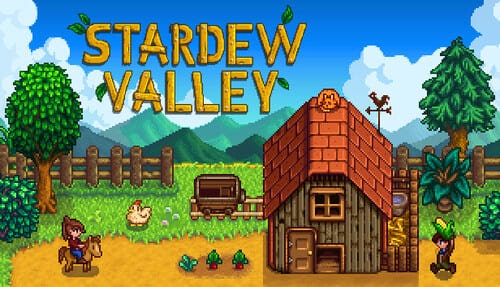 Stardew Valley is the final and arguably the most popular name on this list. It is one of the most popular simulator games around when it comes to building/farming etc. Your character goes to live in a countryside town where they decide to further improve the farm that they now own. The process of doing so is certainly long, but you control your character and eventually make your farm the best it can be.

Farming isn’t the only thing that you’ll be doing though, as building things and crafting them is also a very important aspect. That means you’ll be pretty occupied most of the time doing all of this. But once you finally have some time for yourself and are done tending to your farm for a while, you can head into town in order to meet all sorts of wonderful characters. There’s even dating mechanics as well as the option to start your own family. Like this, there’s plenty of other brilliant world-building mechanics as well. All of this makes Stardew Valley a great simulation role-playing game and a great alternative for My Time in Portia as well. 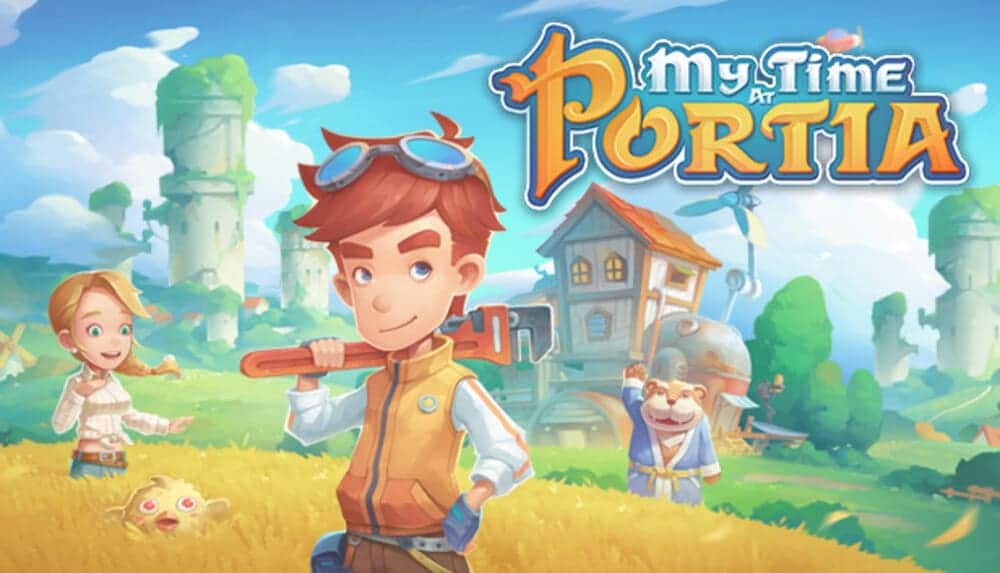