City of Heroes is an online MMORPG game that is developed by Cryptic Studios, whereas published by NCSOFT. The game was released back in 2004.

In City of Heroes, players get to create their very own character with superpowers. Using this character, they can assemble a team with other superheroes in order to clear different missions. Players get to fight all kinds of criminals and different gangs in order to bring peace to Paragon City.

After release, the game had received around 23 major updates that brought new content and fixes to the game. The developers were dedicated to making it as polished as ever. The final update the game ever managed to receive was in 2012, after which it got shutdown.

As soon as the player has created his own character, he was encouraged to explore and level up his character by gaining experience points. It was up to him whether he wanted to complete missions, explore zones, or just defeat random foes.

City of Heroes is undoubtedly one of the finest games by NCSOFT. What’s unfortunate is the game was shutdown. This is one of the reasons why fans are now left with nothing to play. But today, we have good news for all these fans. Using this article, we will be listing some of the best games that are just like City of Heroes. So, let’s get started!

Star Wars Galaxies is an online MMORPG game that is developed by Sony Online Entertainment and published by LucasArts. It can only be played through Microsoft Windows.

We highly recommend this game especially to players that are into the Star Wars universe. The good thing is that even if you aren’t accustomed to Star Wars, this game can still be enjoyed to its full potential. Due to Star Wars Galaxy’s success, we got to enjoy three other Star Wars games.

Unfortunately, the game’s servers were shut down in 2011. However, you can play Star Wars: The Old Republic which was released 5 days after the servers went offline. It is one of the best Star Wars games to be ever released.

In this game, the player gets to join either the Galactic Republic or the Sith Empire. Both of these factions spawn a different approach to the game.

Champions Online is a F2P MMORPG game made by the same developers who are responsible for creating the City of Heroes. Players are allowed to play this game only through Microsoft Windows.

Unlike most MMORPG games, this game puts more focus on action. In actual combat, players have to attack and block multiple attacks in order to build up a power meter. Once the power meter is completely filled, the player can then unleash a devastating attack at his foes.

One more unique aspect about this game is that it does not have armor pieces or armor sets that the player can collect. Whatever the player decides to wear, they will purely be cosmetics. Even the weapons that you will acquire will mostly be cosmetics. The damage that you will do in this game purely depends on the stats that you are rocking on your character. Similarly, the death mechanic in the game works just like City of Heroes. 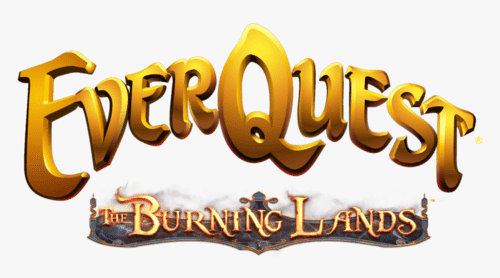 EverQuest is a multiplayer MMORPG game developed in collaboration with 989 Studios with Verant Interactive. It was released by Sony Online Entertainment and made only for Microsoft Windows.

An amazing fact about this game is that it was actually the first-ever 3D MMORPG to receive so much success. As a result, it plays a vital role in the history of MMORPG games. After this game’s release, many other MMORPGs followed the same footsteps laid by this game.

Even after release, the game got more success than ever. It is now claimed to be one of the best video games ever made. On the year it was released, it managed to win many game awards. What’s even better is that there is a direct sequel to the game, called EverQuest II, which can be played easily.

DC Universe Online (DCUO) is a F2P online game developed by Dimensional Ink Games. It can be played on Microsoft Windows, PlayStation 4, Xbox One, and the Nintendo Switch. The game takes place in the world of DC comics.

Although the game was originally released back in 2011, it was recently ported to Nintendo Switch, and can still be played without any hassle.

Dark Age of Camelot is a 3D MMORPG video game developed by Mythic Entertainment along with Broadsword Online Games. It can be played only on Microsoft Windows.

The game is set after King Arthur’s death. Due to the king’s death, the kingdom has now been divided into three different parts. As a result, all of them are now at war with each other. The game features PvE as well as RvR (Realm vs Realm) combat.

In this game, the player has to control his character using a mouse and keyboard. The player gets to use spells, melee, and ranged attacks in combat allowing him to defeat his enemies.

In case you want an alternative to City of Heroes, these are the top 5 games that play out just like that game. We strongly recommend you try all of them out, as each one of them offers a great gameplay experience to the player.