To get to this area in the game, players have the option of using one of many portals scattered throughout the realms. Players are sometimes unable to travel through these portals, which can be a big problem in some situations. But it’s luckily not as bad as it might sound, as this issue related to these specific portals can be solved easily by trying out the solutions given below.

How to Solve Emerald Dreamway Portals Not Working WoW?

The Emerald Dreamway is an area that cannot be accessed through the help of one of its portals unless you’ve completed all of the mandatory quests that come before it. If players try to enter the area through a portal before this, it simply won’t work and it will seem like their character is just running into a wall.

If you’re encountering something similar, it is more than likely that this is the reason. That’s why you should check the in-game quests or do some research online to find every single quest related to these portals to the Emerald Dreamway and complete them. Once players do this, there shouldn’t be anything stopping them from entering through the portals.

Sometimes the missions that you’re currently on can cause these problems with portals as well. Lots of players have usually taken up a quest which they’re supposed to be completed but they themselves don’t know about it. These players then try to use a portal to Emerald Dreamway but it doesn’t work, so they think that there’s something wrong.

As you can guess, there’s nothing really wrong at all. All that needs to be done is ensuring that a player’s character isn’t currently on any kind of mission that might stop them from entering the portal. Either complete the quest or abandon it, then try to step inside these portals to Emerald Dreamway to check if they work.

Sometimes, there can be specific entryways to specific areas which don’t work at all. These are usually bugged and aren’t working due to technical issues. If neither of the previously given solutions worked for you, we advise you to try out another portal rather than the one you’re currently trying to enter Emerald Dreamway through.

As it was also mentioned previously, there are lots of different portals to the area that are scattered throughout many different regions in World of Warcraft. Just approach any other one of these and try having your character step into one of them. They should now teleport you to the Emerald Dreamway. 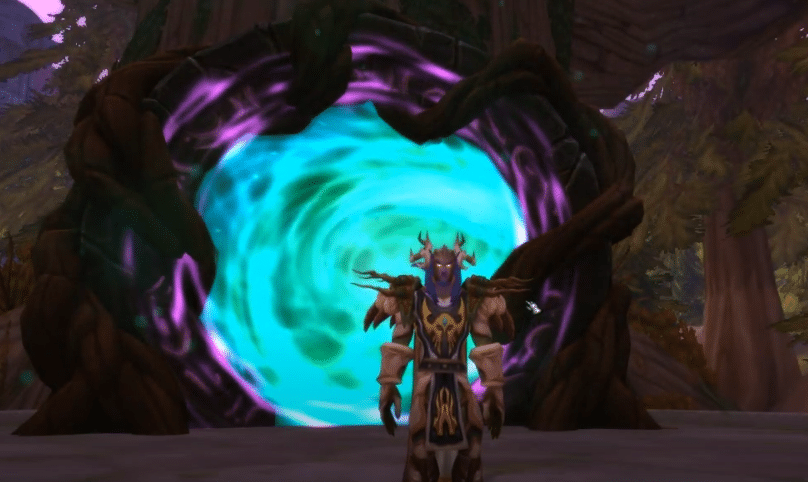