Being a healer in an MMORPG game is a very demanding role. Every member in your party is relying on you to keep them alive through the boss fight. In most cases, when the party healers are dead the whole party dies instantly. So, if you’re new to an MMORPG and don’t know the boss mechanics we recommend you stick to a DPS.

In this article, we will go over a few differences between the discipline priest and holy priest to help you decide which one will suit your playstyle better.

The main difference between Holy and Discipline priests is that to heal as a discipline priest you have to consistently put out damage. The more damage you do, the more heals your party will receive. This is one of the main reasons why it is preferred by players in the end game content. Another area where disc priest excels at is mana regen and access to the divine spirit.

The only thing that is better than a healer that consistently heals his teammates is a healer that deals damage while consistently healing his teammates. It is a very powerful spec and viable in the M+ raids. By choosing Disc spec you can be a healer and a DPS at the same time. Power Infusion is another great utility that discipline priests can give to mages or warlocks to boost their DPS to a new level.

However, it can be hard for some players to be consistent as a discipline priest. It takes more skill to deal damage to heal your teammates. But once you have the skill rotation and mechanics down it can be quite fun. So, if you were looking for a class to grind the end game content with then we recommend you choose discipline priest over the holy priest. Simply because of the utility, it brings to the party.

The holy priest is generally easier to use, which is the reason why it is so common in early game content. It excels at AoE healing and less skill is required to put out consistent heals for your team as compared to Discipline healer. If you’re a casual player then we recommend you go with the holy priest spec.

It is still viable in the end game content where burst heal is required by your party. But most players have reported that playing holy priest can be boring at times. If your group is not experienced enough in a particular raid then the holy priest can prove to be useful in keeping everyone alive.

In the end, it all comes down to personal preference. We suggest that you give both specs a try for yourself before deciding. If you’re skilled enough even the holy priest can out DPS discipline priest in some scenarios. So, give both specs a try and find out what you enjoy more. Both of these specs are viable in the end-game content. All you have to do is grind out your character and you’ll be all set. 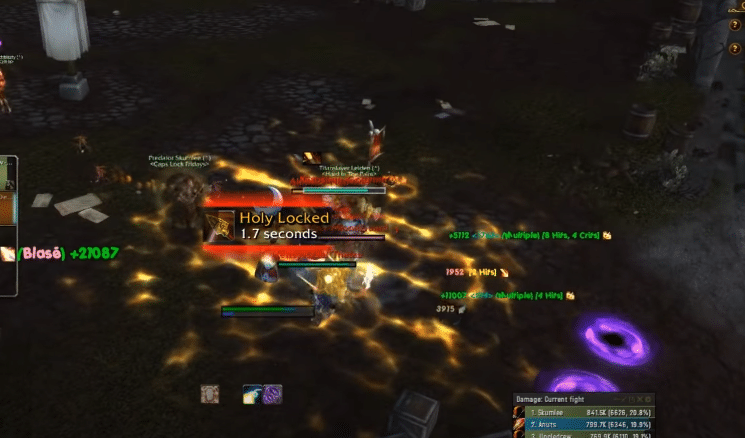