While starting an MMORPG the first decision we have to make is what class we are going to play. There are just so many things to consider whether or not a character is hard to play. Is it viable in the meta? But the thing that sounds the most attractive to new players in the DPS.

Above all they want the DPS to be the highest but the thing no one stops to consider is the skill ceiling. They see the damage stats and pick the character even though their skill level might not be able to dish out that much damage.

Deciding on mage vs warlock can be quite challenging. Here are a few differences that might help you decide.

Mage is the perfect pick for you if you’re looking for a main character that gives you great burst potential. Polymorph is the biggest advantage a mage has over warlock. Another plus is that with mage you have more AOE attacks. As far as raids are concerned mage can perform relatively better than warlock. Other players also prefer to have mages in their groups as compared to the warlock.

Mages however can prove to be quite squishy which makes PVP harder to win as you cannot stand your ground as effectively. If you want a safe pick that performs relatively fairly in all meta then mage is your pick. It might prove to be harder to level up with mage as well. So, if you just want it easy then mage might not be the option for you.

Mages also offer higher agility to help overcome the squishy nature of a mage. They have no recovery tools in their arsenal which can be quite annoying. Specs-wise there is a huge difference between warlock and mage but you can make up for the lack of DPS with an efficient skill rotation.

New players have mentioned that it is more fun to play with a warlock. This class has a tankier build and can help you to dish out high amounts of DPS even if you’re not as skilled. The recovery aspect of warlock has also a bit of potential.

Having a tankier build does not allow warlock to be as agile. Warlocks can dish out an insane amount of damage. Leveling up on warlock is also easier as compared to the mage.

From the PVP side of things, a warlock can prove to be way better than a mage. Even if the fights drag out for a longer time you can just rely on the recovery side of skills and hold your ground. However, most people do not prefer to have warlocks in raids because the past meta has been against this class.

But the thing is that these changes shouldn’t matter. All you need to consider is whether or not you enjoy playing with a particular class. If you are exceptionally better at warlock then you will be performing better than mage in almost every scenario. What matters in most cases is the skill level, you can deal an intense amount of DPS on any character you like as long as you are skilled enough. 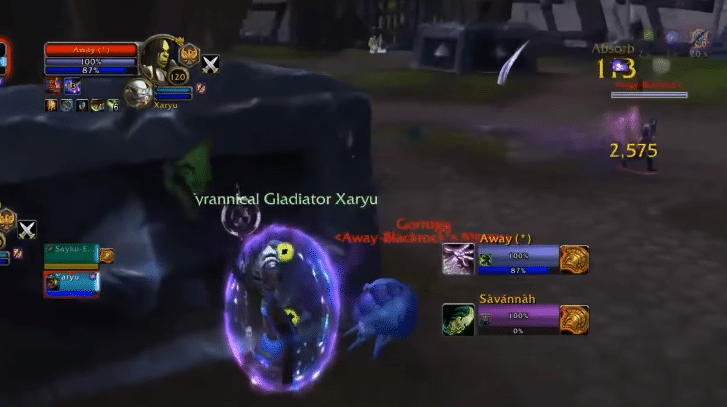