After killing Ra-Den that is the 13th boss in the Throne of Thunder raid, a chest spawns that you can loot and you have a chance of getting throne of thunder heroic gear. If your raid team is well-coordinated, you shouldn’t have much trouble in dealing with this boss.

A lot of players however have mentioned that they were unable to loot from the chest after they were done killing Ra-den. Even though the chest was spawning the loot was only distributed between half of the raid members while the majority got nothing. Here are some methods that you can follow to potentially solve this issue.

If you’re unable to open the chest and it is just lying there then leaving the raid can prove to be a variable fix. As the postmaster sends you your share of the loot through the mail and you can easily claim the loot from the mail.

If you’re lucky this fix might just work for you. Ra-Den’s chest has been bugged for an extended period and Blizzard has yet to fix it. You can also join other raids and avoid it altogether until the Blizzard team fixes it for the players.

After killing the boss Ra-den you can talk to Khadgar after the chest has spawned. He will then teleport you and you can run back down manually and try looting the chest. This fixed the bug for most players and they were able to get their loot from the chest. It might take some time but it will be worth it if you can secure your loot that you worked so hard for.

Usually, some imps are lingering around that might prevent you from opening the chest. As you cannot loot chests as long as you’re in combat. So just make sure to recheck the surrounding area for mobs and kill them to remove the in-combat status. After that, you can simply try to open the chest and it should work for you unless your whole game is bugged.

If you have tried all the above-mentioned methods but you’re still unable to secure your loot then sending the game master a message is your best option. You can contact him in-game or through Blizzard support and explain your issue. That way you can receive professional help and it will save you a lot of time.

This bug has been in the game for a long time. This is one of the reasons why players avoid this raid. As it might take the support team a long time to help you sort out your problem. 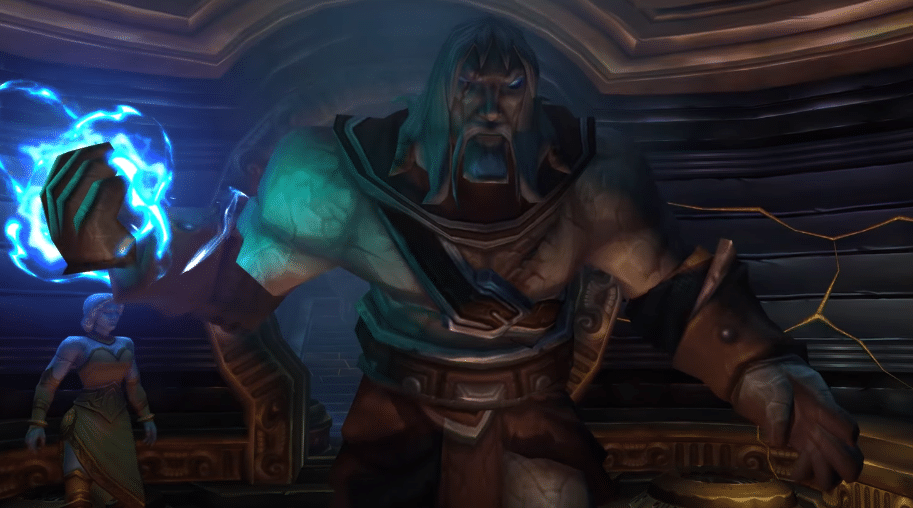