During character creation in WoW, a player is prompted to select his race as well as his class. His entire gameplay depends on what he chooses to pick. As all the different classes available in WoW feature entirely different gameplay, it is crucial that one pick the class that suits his play style.

Void Elf is a race that can be played as in WoW. They are directly affiliated with the Alliance. Void elves were first introduced in the Battle for Azeroth expansion. They are a fairly new race that came to the game.

If one decides to pick void elf, he can choose from being a Hunter, Mage, Monk, Priest, Rogue, Warrior, and Warlock. Fans have been arguing on whichever’s the best class for a void elf in WoW. Today, we will be taking a look at this ourselves and determining which class really is the best for a void elf. Before we do, let’s take a brief look at all the options which you can choose from:

A warrior class is a class in WoW that mostly focuses on doing melee damage. They have the combat roles of tank and damage in actual combat. They can choose from a variety of melee damaging weapons, that include daggers, fist weapons, swords, and more!

Warriors are undoubtedly one of the least used classes for void elves if not the least.

Hunter is another option for a void elf that purely focuses on damage, through both melees as well as ranged. On top of that, they also have access to damage through pets. They are efficient for solo play. Many fans like to use Hunter with void elf due to Alleria and the use of pets.

Rogue is also a common class for void elves that rely on things like stealth, poison, combos, and melee. Their main role is to damage and use specific melee weapons. In case you want to use them as void elves, they do offer to perform well.

Priest is a support class that excels in healing, ranged damage, mind control, and power words. They can both heal as well as damage others. However, only cloth can be used as armor for them. Also, their weapon pool is quite short, as they can only equip four weapon variants. However, they are one of the most used classes for void elves.

Unlike Priest that focuses on healing, Mages have a more particular role in the damage. They have access to AOE spells that can be quite useful as well as teleportation. They aren’t used that much with void elves, but you are free to use them if you absolutely want to.

Warlock is another commonly used class with void elves. Warlock’s abilities include summoning, demons, and curses. Even though they also have a short weapon pool like Priests and Mages, they still have access to other ways of damaging their opponents. Warlock is most definitely one of the better classes for void elves.

Monk is the most used class for void elves. This is simply because they can be versatile. Their abilities allow them to act as Tank, as they can heal and melee damage. They also have a unique ability called “August Celestials”. They can act as either Tank, Healer, or DPS.

Death Knight is the most recently added class that came with WoW Shadowlands. Right now, there really isn’t much to talk about how it goes with void elves. However, their abilities allow them to play mainly as Tank or DPS with the ability “Runeforging” allowing them to increase their power.

But Which One’s the Best?

Out of the 8 classes that we have mentioned here, there really isn’t an absolute best class for a void elf. It all comes down to personal preference. However, if we were to the best ones from the list, you can go for a Shadow Priest, Hunter, Rogue, Warlock, or Monk.

Besides this, it mostly comes to how the player wants to play. Though Monk seems to be a fan-favorite among all the classes for void elves, as players are basically free to change their playstyle accordingly.

There is no ‘absolute’ best class for Void Elf in WoW. However, if you want our opinion on it, we’d say to either go for a Caster or a Monk. 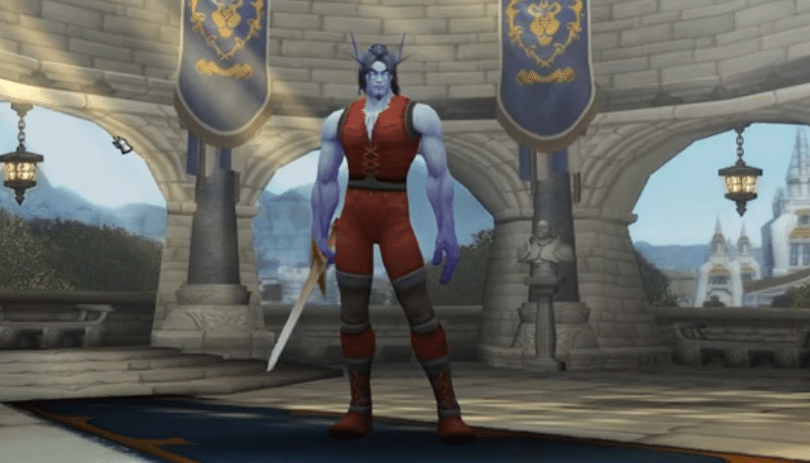