It isn’t as unique as you would think and many a few players have faced it before, and we’ve got a handful of solutions for you to try out if you’re one of the said players. These solutions are given below so just read them and you should be able to fix the issue.

How to Fix Badly Compressed Packet Error in Minecraft

The first thing that you should try out before all else is to try playing the game without using any mods, as these can cause this error. If you use Minecraft forge or anything else of the sort it is recommended that you disable them all for now and try launching any version of the game through the classic launcher. After this, you should try getting into a game and the problem should not persist any longer.

You might have to delete some mods entirely. If you’ve only started facing this issue recently, it could be that it’s caused by a new mod that you wished to try out. Get rid of the said mod and uninstall from your device, as doing so should be enough for you to start playing the game again.

All you have to do is go to the video settings which you’ll find in the options menu of the game. From here, you’ll find multiple different options presented to you. Choose the one which says render distance and you’ll get the option to change the value. It is recommended that you set it to anywhere 2-14, as setting it lower or higher than this will almost surely cause issues.

If all else fails, the most likely scenario that comes to mind is that one of the game’s files is either suddenly missing or corrupted. In either case, you’re going to have to either uninstall and then reinstall the game. This will add all the files of the game once again to your device and will ensure that the badly compressed packet issue disappears. Repairing the files is also a good option. However, it is slightly complicated and will take time if you don’t know exactly which files need repairing in the first place. You’re better off reinstalling the game because of this very reason. 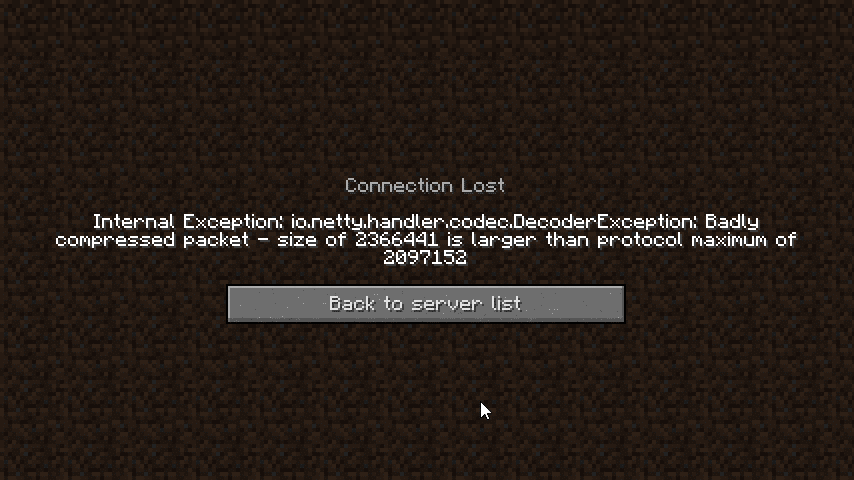