There’s a problem that doesn’t allow your Minecraft server to keep up with all of the things happening in it and causes lots of issues with the server itself. This problem occurs when too many ticks are being skipped and is a complicated issue. You’ll have to get rid of the issue as soon as possible if you intend to start using your Minecraft server as it was before the problem occurred. That being said, we’ve given you all the solutions that you need to get rid of this issue down below.

As the error message states, the reason why this problem occurs is that your Minecraft server can’t keep up. This might be because of all the load that’s being put on your computer thanks to the server. If you’re just enjoying a private game with friends and usually never face this problem, this is unlikely to be the case. However, it is especially likely to occur if you’re playing with randoms. It is possible that there’s a lag machine planted somewhere in the server which is causing the issue to persist as it puts too much of a strain on your computer.

You’ll have to fish out and get rid of this and the error shouldn’t occur any longer. It can also be caused if there’s a specific point of the map where way too many enemy mobs were spawned. Try finding out if any players did this or simply find the location of the mobs yourself and get rid of them. This is another way to relieve a lot of load from your computer and is a good way to fix this error.

It is recommended that you allocate a bit more RAM to Minecraft, as it will give it enough resources to run the server without any problems. If you can’t allocate more than what you have right now even though you have more RAM available, you’ll have to install 64-bit Java to do so. Doing this is almost a surefire way of getting rid of this problem.

If the issue certainly isn’t with your PC, it is likely with your internet. If you usually run servers without any issue on your current internet, it is likely that you have a recent broadband leech. These leeches cause many problems, including this error which you’re facing in Minecraft. You’re going to have to enable MAC filtering to get rid of them, which is actually pretty easy to do. All you have to do is open your router settings through your PC and then go to the firewall menu. Now go to advanced settings and find the option which says MAC filtering, then enable it to activate the feature. Doing so will ensure that no leeches can cause this error ever again. 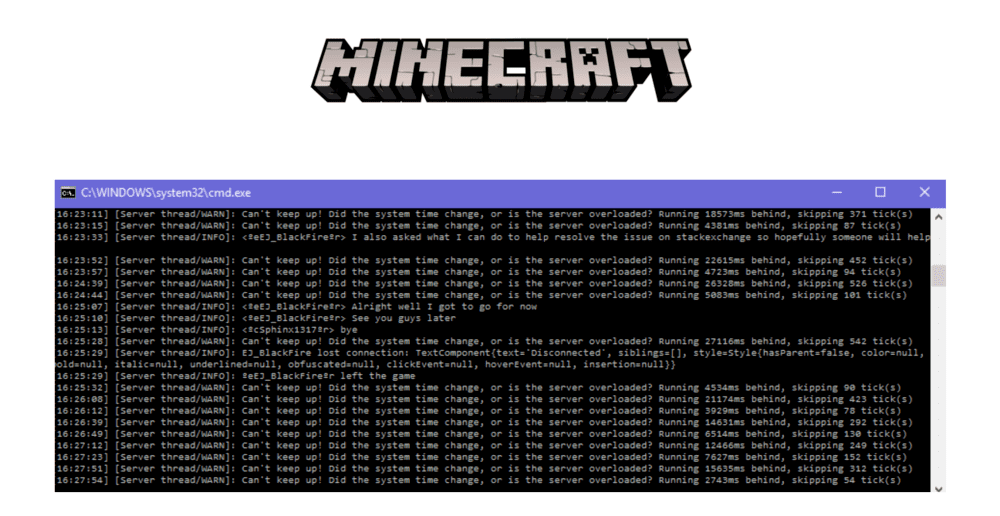