There’s a lot of cool things that have been added to Minecraft over the years since its release and it’s safe to say the game is no longer just a place for you to build things. There are many different things to do in the game now and there are a lot more challenges to face as well. One of these challenges is fending off raids, which occur whenever you walk near the vicinity of a village or a villager while being under the influence of a specific negative effect. But there’s one big problem that might occur during these raids, and this problem causes the raid to never end.

How to Fix Minecraft Raid Not Ending

Fortunately, there are actually a few somewhat easy ways for players to get rid of these never-ending raids when the bug occurs. We’ve listed a few of these below so that you can get rid of this issue as soon as possible.

Not even dying or restarting the game is enough to end negative effects in Minecraft, meaning that you’ll need to find a way in-game to do it. Fortunately, there’s one very simple way to get rid of every negative effect in the game and that is to drink milk. You can find milk through different means in Minecraft and it is recommended that you do so immediately. Then, just simply drink it whenever you fall under the Bad Omen effect and it will be removed and the raids should stop until you fall under the effect again. If you’ve already drunk milk but it still didn’t work, try the fixes below.

If you’re currently facing an endless raid or if there’s only a single enemy stopping the raid from ending but is nowhere to be found on the map, there’s one very simple fix. All you have to do is gather all the doors scattered around and put them back in their place. Villages depend on these doors and placing them back where they belong immediately resets them to their previous peaceful state and ends the raid.

Keep in mind that this solution can slightly vary. Villages in the newer version of the game are now dependent on beds rather than doors, meaning that you’ll have to place the beds in their place rather than doors. It’s pretty much the same thing and doing so will end the raid. Again, you’ll still have to drink milk even after doing this otherwise the raid will start again when you get close to a villager thanks to the Bad Omen effect.

Another great solution to get rid of the never-ending raid that you’re facing is to simply switch to peaceful mode. This will end the raid and revert everything back to normal. You can do so using the command prompt menu of the game. Then you can simply switch back to the difficulty mode that you were previously playing in after the raid stops. 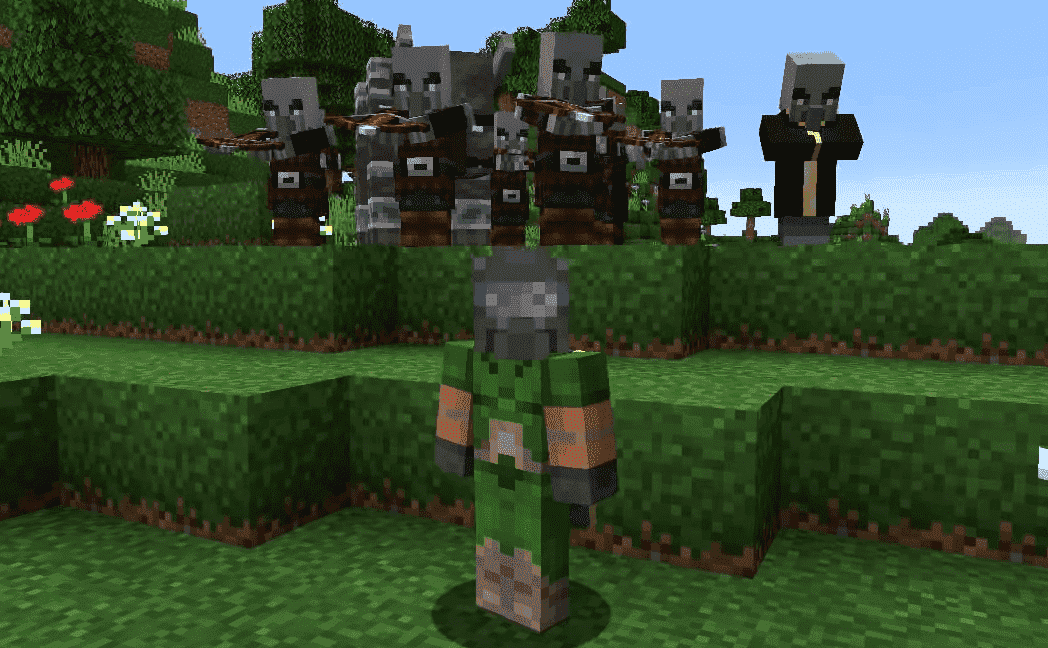