Assault on Azsuna is an invasion quest in WoW that requires players to defend a specific area in World of Warcraft: Legion. This invasion features many demons that will attack the region and put its inhabitants in grave danger, with you and any players in your group being tasked to defend these people.

The invasion itself isn’t anything too difficult and can be cleared with relative ease once you get an understanding of how World of Warcraft works. But there are other ways through which it can be considered problematic. One prime example of this is that the Assault of Azsuna does sometimes doesn’t show up in WoW. There are lots of reasons behind this issue, and some solutions for it as well. Said solutions are provided below.

How to Fix Assault on Azsuna Not Showing Up in WoW

The reason why Assault on Azsuna is not showing up in WoW is likely because the quest isn’t active at the time being. There are actually specific times at which players can try invasion missions such as this one out, and they won’t show up at any other time until they are active. That’s why it is plausible that the quest just isn’t available to try out right now, which is why it isn’t showing up.

To check whether or not this is the case, there are many online sites and social media pages which inform players of exact times when these types of missions are available. You can visit any of these to see whether it is active or not, and when it will be available the next time if it is currently inactive. Once the time is right, go back to the location and you’ll find that Assault on Azsuna will show up.

This invasion mission in World of Warcraft requires players to form a group before they can access it. It could be that players can’t get it to show up and/or start playing it because they don’t have the correct amount of players by their side.

Make sure that you’ve got a group of players in a queue with you so that you can get started with Assault on Azsuna immediately. Another thing that you also have to keep in mind is that all players in the group should also meet the required criteria for engaging in this invasion, as your group won’t be able to enter otherwise.

If the invasion doesn’t show up at all beyond a certain point and you can’t complete Assault on Azsuna because of this, the best solution that you can try is finding Prince Farondis. He should be somewhere near Shackles Den. Reach this den and then head over to the hill near it. Climb atop said hill. You’ll be able to easily spot and find Farondis after this. Once you go near him, everything related to the Assault on Azsuna should continue smoothly from this point. 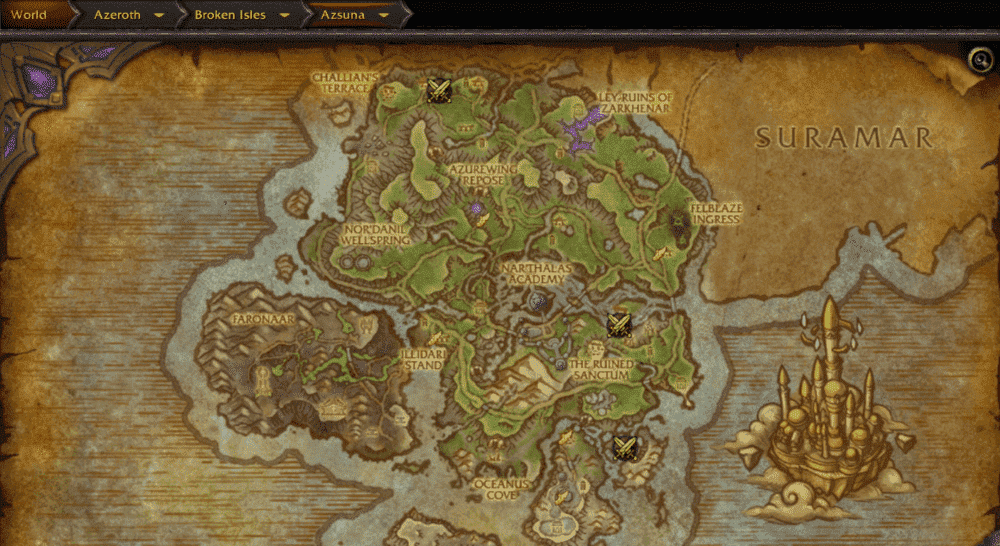