World of Warcraft is an MMORPG game where the player is able to create and customize his very own character. After giving the character its name, and choosing the character’s traits, he is then thrown into the realm where he will have to complete different quests in order to progress.

Name Unavailable But It’s Not in Armory WoW:

In almost any online game, a user cannot take the name that has already been taken by another player. However, players have been complaining about getting the error about their name being unavailable even when the name is not in the Armory.

This has confused the players on exactly what could be wrong. In this article, we will be taking a look at this matter in detail and telling you why this could happen and what you can do about it. So, let’s have a look!

Why is This Happening?

The reason why the name is not available even when it is not in the armory could be due to the player not using that character for a long time. The problem is that when you name a character, no other player can then use that name.

Similarly, another thing to note is that whenever a character is deleted, you may not be able to view the character in the armory anymore. At the same time, the name of that character won’t be cleared at that very instant.

It could also be that the name which you desire could be in use by a player who is active on his account, but does not use the character that has this name. In this case, the name won’t free up for anyone to use, and due to the character not being used for a long time, it may not show up on the armory.

Lastly, other inactive names that aren’t used for a long time, should free up after every expansion that comes out in WoW.

WoW name is unavailable but not in armory is something that has confused countless players. Thanks to this article, you should learn all about the important details on why this happens and what can be done against it. 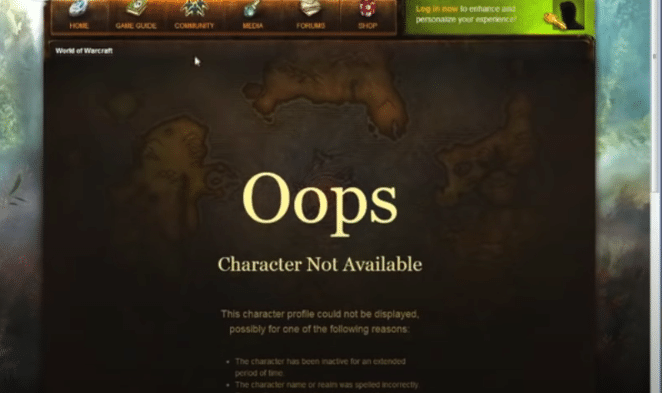